Sayed-Khaiyum’s attempts to camouflage the real issues by his despicable attempt to malign me will be in vain – Prof.Prasad

Sayed-Khaiyum’s attempts to camouflage the real issues by his despicable attempt to malign me will be in vain – Prof.Prasad 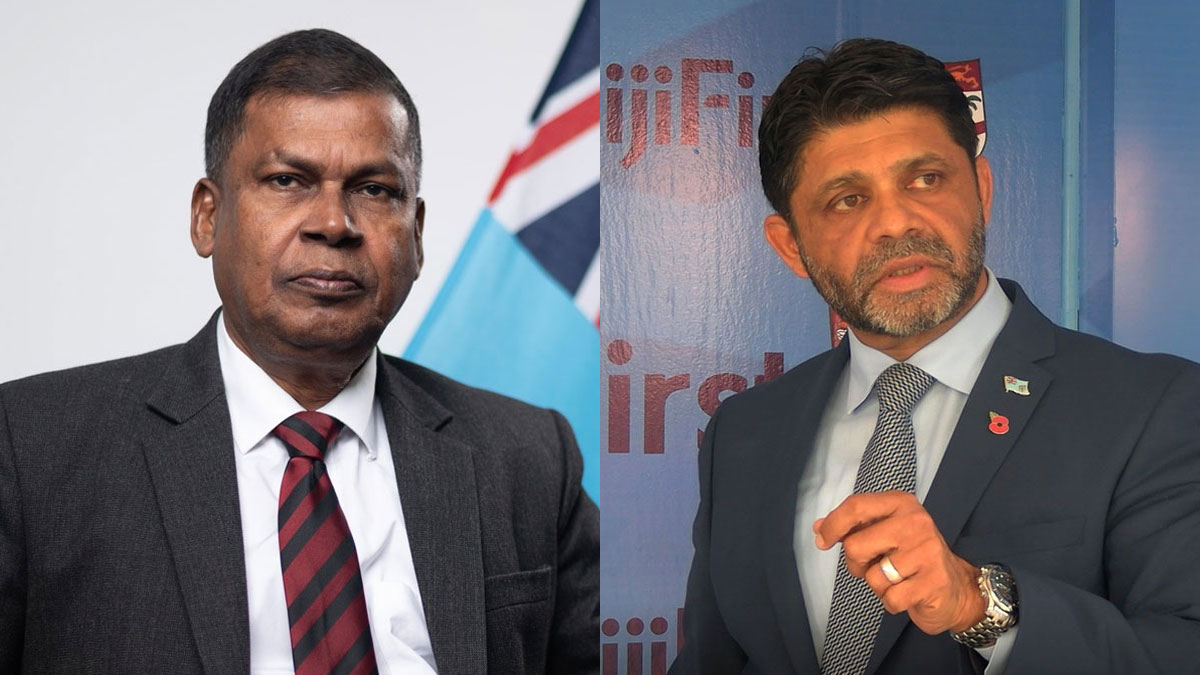 National Federation Party Leader, Professor Biman Prasad says FijiFirst General Secretary, Aiyaz Sayed-Khaiyum’s attempts to camouflage the real issues and concerns facing our people by his despicable attempt to malign him will be in vain.

The NFP Leader says the hospitals are in a state of decay, health and medical service delivery is deteriorating by the day, the cost of living is at all time high making many things unaffordable, unemployment is rife and creation of decent jobs paying meaningful wages and salaries is non-existent, intermittent cuts to power supply, lack of or no regular supply of water in the taps, pot-holed filled roads and a sugar industry struggling to survive are problems that people need resolved through practical and sensible solutions.

Professor Prasad says Aiyaz Sayed-Khaiyum will not talk about it and we all know why.

He says instead Sayed-Khaiyum tried to ridicule Prasad and the NFP for working with the People’s Alliance and its leader Sitiveni Rabuka.

Professor Prasad says Sayed-Khaiyum has drowned politics of integrity, honesty and transparency in a cesspool by his cowardly and gutless attack on the NFP and its leadership.

Sayed-Khaiyum has said that there are people like National Federation Party Leader, Professor Biman Prasad who put up a video before 2014 elections saying he will never work with people who have carried out coups and today he has formed a coalition with Rabuka where many would call him the father of coups in Fiji.

The NFP Leader says Sayed-Khaiyum has deliberately twisted his statement made in 2014 of not working with coup leaders by nit-picking and not making public in entirety what he meant when he said it before the 2014 elections.

Professor Prasad says eight years ago, the NFP had made its position clear that it was not supporting a leadership born out of the barrel of the gun following the December 2006 military coup because it had torn to shreds the rule of law by abrogating the 1997 Constitution and trashing the Fiji Court of Appeal judgment of April 2009.

He says it meant not working with Voreqe Bainimarama and Aiyaz Sayed-Khaiyum who had even usurped the constitutional process initiated through Decrees 57 and 58 by getting rid of the Yash Ghai draft constitution, rendering political parties inoperable by requiring them to re-register under new draconian rules and then formulating the draft 2013 Constitution, imposing it later through a Decree in September 2013.

Professor Prasad asks if this wasn’t blatant disregard and absolute defiance of the rule of law even formulated by them, then what was.

He says Sitiveni Rabuka executed the military coups in May and September 1987.

The NFP Leader says Rabuka has known NFP’s position on coups, they have condemned every coup and political upheaval in the country and 1987 coups are not an exception.

Professor Prasad says the NFP has never supported, joined nor benefited directly or indirectly from any coup.

However he says 10 years later in 1997, Rabuka worked closely with the then NFP and Leader of the Opposition, Jai Ram Reddy to give Fiji the internationally acclaimed 1997 Constitution.

Professor Prasad says this was the Constitution that Bainimarama and Sayed-Khaiyum started undermining by firstly forming the National Council for Building a Better Fiji – and abrogating it, together with trashing of the Court of Appeal judgment on 10th April, 2009.

The NFP Leader stresses that Sayed-Khaiyum doesn’t understand transparency, accountability, ethical and good governance and working for the people at all times instead of the other way around.

He says naturally, Sayed-Khaiyum tries to shamelessly undermine the post-elections People’s Alliance-NFP Coalition government, that will be based on a firm foundation of principles contained in the Memorandum of Understanding signed by the Leaders of both parties on 8th April, 2022.

Professor Prasad says the MOU has been well publicised in an act of transparency so that the people of Fiji know well in advance their new government will always work for them and show care and compassion at all times, not only in an election year like FijiFirst.