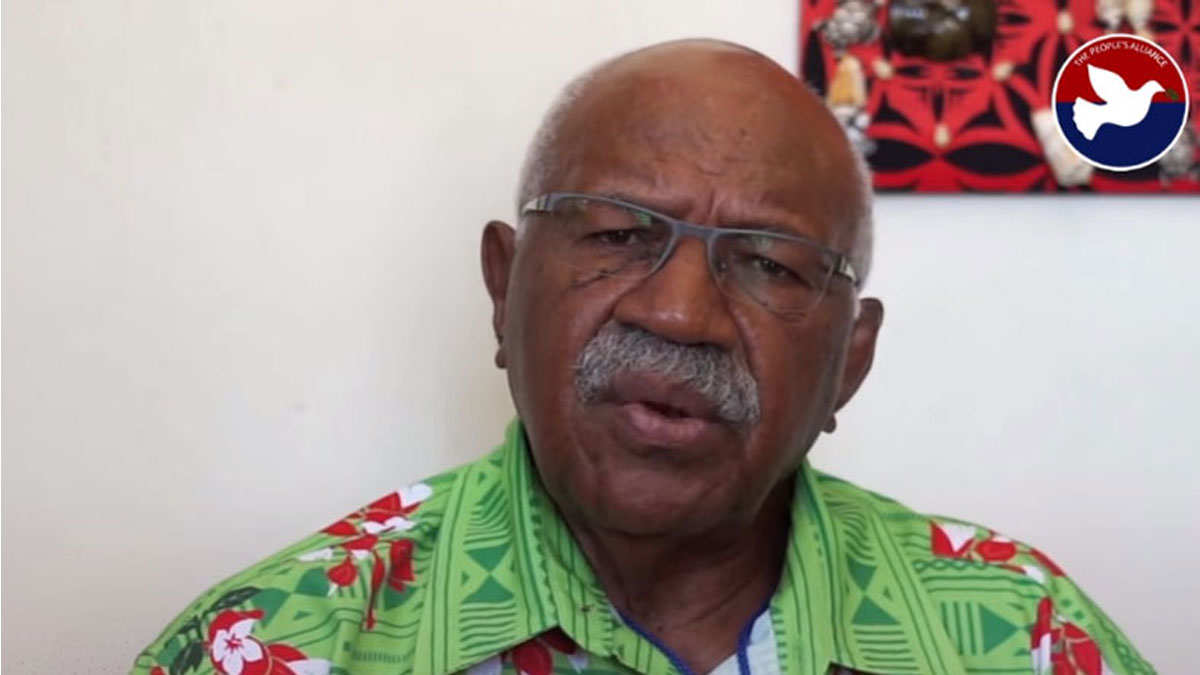 It is important that political parties adhere to electoral regulations however this should not be used to divert the nation’s attention away from the worsened state of poverty.

This has been highlighted by People’s Alliance Leader, Sitiveni Rabuka in response to FijiFirst’s letter to the Supervisor of Elections about the party’s fundraising activities.

He says Aiyaz Sayed-Khaiyum should focus on the fundamental issues affecting Fijians instead of prioritising complaints about election compliance.

Referring to a recent article of children scavenging for scrap metal at landfills and dumpsites to help their families put food on the table, Rabuka says this practice is no longer a case in isolation.

He says his recent visit to communities like Votualevu and Bangladesh in Nadi to meet and listen to the plight of the Fijian people worried about the cost of basic food items like flour, sugar, tinned fish and noodles was gut wrenching.

Rabuka also says more and more, children are being sent out to help make ends meet and seeing children sell food to help their families is not uncommon.

The party leader says they see it everyday when children come knocking on gates or doors to sell pies, pudding or roti parcels and late at night, we still find children walking around in communities selling food.

Rabuka says there has been an increasing number of children outside supermarkets doing the same thing and people’s observations of the deteriorating realities on the ground reflect the findings that were articulated in the Household Income and Expenditure Survey 2019 to 2020.

He says that report indicated an alarming worsening of poverty with 36% of the iTaukei population living below the Basic Needs Poverty Line, compared to 20% of Indo-Fijians.

He further says they know this government peddles the race card when it comes to racially based statistics but disaggregated data is crucial if any government is to effectively respond to the development needs of all Fijians.

The former Prime Minister says racially segregated data in surveys that attempt to alleviate the underlying causes of poverty is not racism, but they help inform responsible tailor-made solutions.

He further says respected economist, Professor Warden Narsey says from 2019 to 2020, the HIES 2019-2020 Report found that three out of every 10 adults and children lived on low incomes and were deprived of essential things that they needed while more than one in five children of school age suffer from educational deprivation.

Rabuka says the survey also notes nearly one third of children do not have the new clothes they need and almost four in 10 children suffer from material deprivation as their parents cannot afford to buy them the essential things they need.

FijiFirst General Secretary, Aiyaz Sayed-Khaiyum is yet to respond.