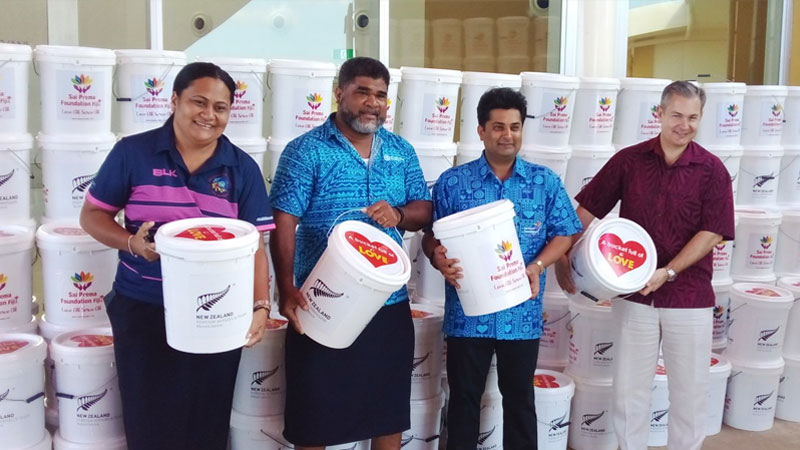 1,500 “Buckets of Love” which includes food and medical supplies are on their way to the families who were severely affected by Cyclones Yasa and Ana.

The donation has been made by the Sai Prema Foundation to the National Disaster Management Office.

The Director of Sai Prema Foundation, Sumeet Tappoo says this is a small gesture from their organisation in assisting the affected families.

He says when they were distributing relief items in the North after TC Yasa, they were affected by the plight of the people and they knew that they more had to be done.

The Permanent Secretary for Rural and Maritime Development, David Kolitagane says Sai Prema Foundation is one of the certified partners of NDMO during disasters and they have been assisting the government in their relief efforts after every natural disaster.

The Sai Prema Foundation have also provided 600 buckets of love to the Northern Division after TC Yasa, and an additional 500 was also provided after TC Ana for flood victims in Tavua and Rakiraki. The Foundation also sent 700 buckets and 256 children and adult diapers to the Lau group last week.