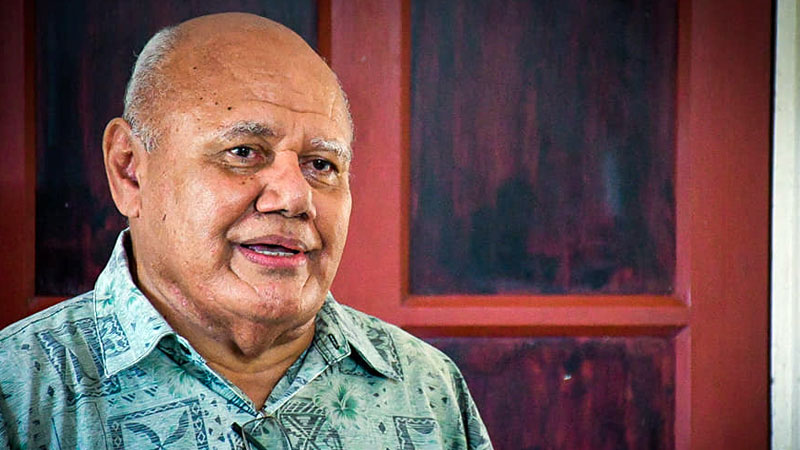 As we celebrate World Press Freedom Day today, SODELPA Leader, Viliame Gavoka says a SODELPA Government will review the Media Act which is part of the long list of draconian laws that needs to change.

The SODELPA Leader says we must also bear in mind the lives of journalists that were threatened over the years.

Gavoka says a journalist lost his life as a result of covering one of Fiji’s most turbulent times such as the 2000 and 2006 coups.

The SODELPA Leader says the late Sitiveni Moce never recovered after he was reportedly beaten by soldiers while being detained at the military camp for attempting to photograph the unfolding events.

Gavoka says the late Moce never fully recovered from the injuries he sustained during the beatings, particularly injuries to his back, which ultimately left him paralysed in 2013.

He was discharged from the hospital in September 2015 in order to be with his family and he passed on two months later.

Gavoka says Fiji is preparing to head to the polls later this year and the ability for the media to freely carry out its role cannot be understated.

He says in the coming months, the nation will bear witness to differing views, opinions and ideologies by political figures – it is crucial for the media to stand as the fourth estate to ensure that accurate and factual information is disseminated to the Fijian population.

Gavoka says during critical times such as election year, the media must play an active role in ensuring that the voting population are well-informed on issues and policies.

The SODELPA Leader says for Fiji to fully function as a democracy, any government in power must provide the safe space for the media to effectively carry out its role.

He says SODELPA recognises the vital work that the media plays in our struggling democracy and the need to provide an environment that is safe, conducive and free of fear and oppression.

The SODELPA Leader says the media plays a crucial role in carrying out its role without fear or favour.

Gavoka says in any functioning democracy the media must be protected at all costs.

Annually, World Press Freedom Day is commemorated on every May 3rd after it was proclaimed by the UN General Assembly in December 1993, following the recommendation of UNESCO’s General Conference and since then, has been observed worldwide.

The theme for this year’s World Press Freedom Day is “Journalism under Digital Siege”.

Key points to the discussion are the digital era’s impact on freedom of expression, the safety of journalists, access to information and privacy.