Gavoka says they will not fire the messenger

Gavoka says they will not fire the messenger 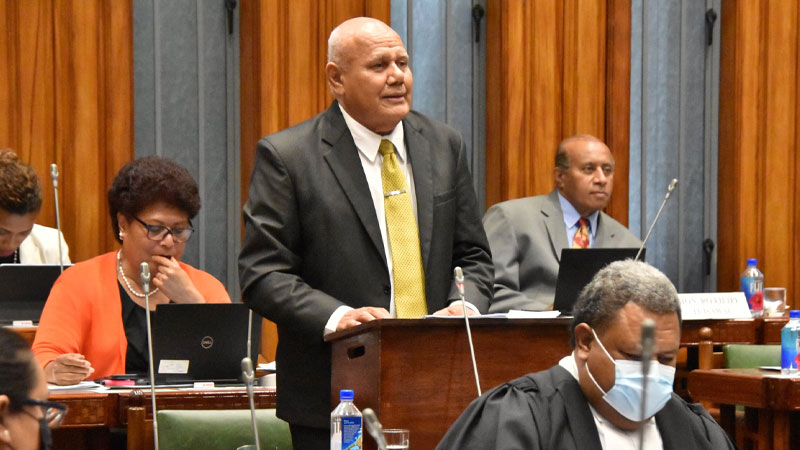 SODELPA Leader, Viliame Gavoka says SODELPA’s desire is to make free tertiary education a reality and any Fijian student who has the necessary entry marks into any technical college or university in Fiji will be guaranteed free tuition.

While responding to the President Ratu Wiliame Katonivere’s speech during the opening of parliament, Gavoka says SODELPA will cancel all student loan debts for students who have graduated with a TELS contract.

Gavoka claims the current Toppers Scheme and TELS are biased, inequitable and burdensome as it sends students into debts of upto $100,000 before they even get a job.

The SODELPA Leader says they were not aware that laws were being made that require them to make a manifesto and prepare a full budget to reflect what is in the manifesto.

He further says SODELPA will remove VAT from basic food items and will increase minimum wage to $5, to improve access to basic human needs. Gavoka adds to accelerate participation of ethnic groups and businesses, SODELPA will review and make changes to make sure that they reduce the economic gap between the haves and have nots.

He also says the Qoliqoli will never go away and they cannot close the discussions on the issue adding that multiple approaches will be made for the iTaukei and previous governments’ plans will be reviewed to identity where they went wrong and necessary changes made.

The SODELPA Leader adds they will improve ease of doing business as we are excessively regulated.

Gavoka says SODELPA will not be afraid of reports that highlights the truth and they will not fire the messenger.

Gavoka has also congratulated Ratu Wiliame on his appointment as the new President of Fiji.