Ruling on notice in Veronica Malani’s leave to appeal case

Ruling on notice in Veronica Malani’s leave to appeal case 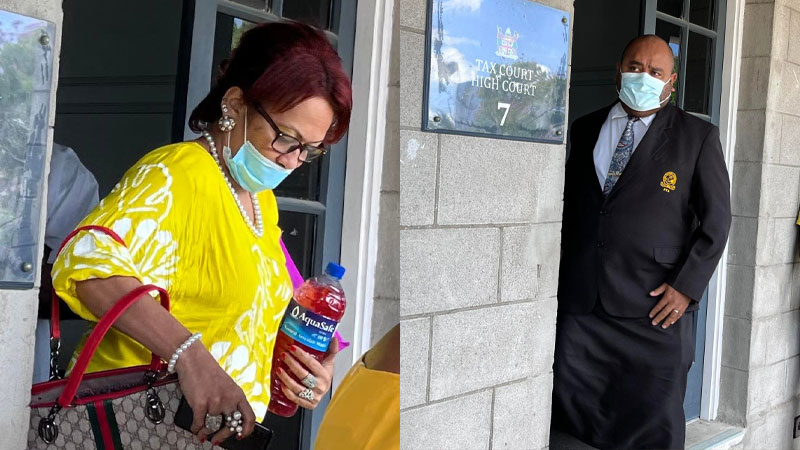 Chief Justice Kamal Kumar will deliver his ruling on notice in the leave to appeal case of Veronica Malani against Attorney General Aiyaz Sayed-Khaiyum and DPP Christopher Pryde.

Pryde had decided that no charges will be laid against Sayed-Khaiyum, after Malani alleged that he was involved in two bombing incidents in 1987.

Last year, Malani’s application for leave to apply for a judicial review of the Director of Public Prosecutions decision to not lay charges on Aiyaz Sayed-Khaiyum in January last year was dismissed and struck out by the Chief Justice.

Malani’s lawyer, Simione Valenitabua was supposed to file submissions by 21st December last year but he had failed to do so and told the court that he was seeking leave to file the submissions this morning.

Chief Justice Kumar questioned Valenitabua if he was lazy or did not care about the guidance of the court and whether that is why he did not file the submissions on time.

Valenitabua told Chief Justice Kumar that because of the pandemic, he was the only one working in his office and that he was preparing submissions for another case which had a shorter time period.

He further says there was no evidence from the DPP as to how he came to the decision to not charge Sayed-Khaiyum.

Valenitabua adds that the DPP also did not have authority to tell police that no further action was required.

A counsel from the Attorney General’s Chambers told the court this morning that the case should be dismissed.

She further says it is not enough to just say that the court has erred in law and not provide the particulars as to why leave to appeal should be granted.

She also told the court that Malani has misconstrued what the DPP’s decision was.

Fiji vs Spain 1' Kick off by Waisea Nacuqu 0-0 1' Spain now in possession... 7 minutes ago
LATEST NEWS