Round Table Discussion on ‘Environment and Recycling Work in Fiji’

Round Table Discussion on ‘Environment and Recycling Work in Fiji’ 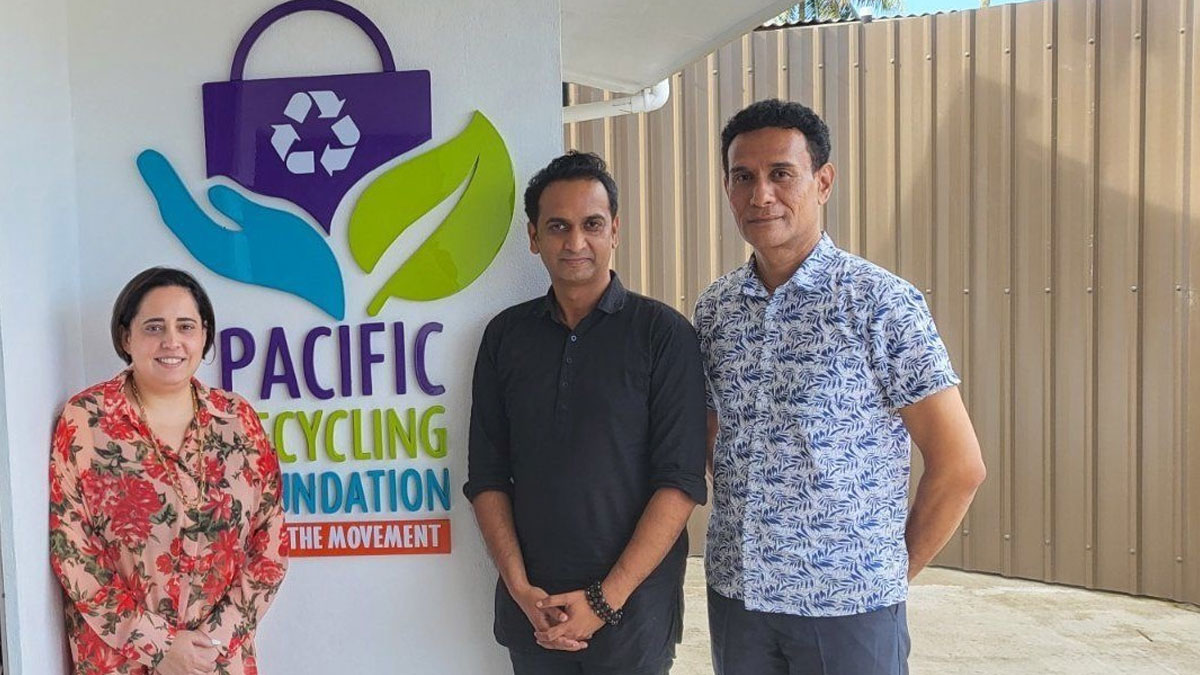 A first of its’ kind Round Table Discussion on ‘Environment and Recycling Work in Fiji’ will be held on Wednesday 28th September 2022 in Suva.

The Roundtable is an initiative of the French Embassy in Suva and is being partnered by the Pacific Recycling Foundation (PRF) and supported by the Government of New Caledonia and Bred Bank Fiji.

The event will bring together various stakeholders in the recycling sector in the country with five renowned panellists sharing their keen interests and understanding of the Environment and Recycling aspects in Fiji during the discussions.

H.E. French Ambassador to Fiji, Mr. François-Xavier Léger highlighted that this Roundtable Discussion is fully integrated in the “Green Embassy” project, launched in 2015 ahead of COP21 by the Ministry for Europe and Foreign Affairs, and sought a gradual and comprehensive initiative to reduce the environmental impact of France’s diplomatic representations abroad.

“This initiative is a goal the French Embassy in Fiji places a high emphasis on. Recycling is one of the important components of any action plan-involving climate change and green sustainability. It is important that we engage ourselves in constructive dialogue that will continue to enhance the work already being undertaken by various stakeholders in the environment spectrum,” Mr. Léger said.

The French Ambassador also added that the Roundtable will not only provide a medium for environmental stakeholders and players to talk about their own work in the areas of waste management, recycling and activism but also enable them to outline the importance of forming effective partnerships at both national and regional levels.

“New Caledonia had hosted the 3rd Oceania Round Table for a Clean Pacific in November 2021 which brought together 26 countries and territories from the region. Through the third Oceania Round Table for a Clean Pacific New Caledonia was able to share its know-how, promote its industries and open up the market on a regional scale. Moreover, it was an opportunity to help other countries and territories to strengthen their capacities but also to benefit from the expertise of each territory. This continued action remains our collective goals towards the implementation of the pacific regional Waste and pollution management Strategy 2016-2025 (“Cleaner Pacific 2025”),” Wete said.

Wete said for example, New Caledonia had stepped up its efforts to eliminate illegal dumps, organize the waste collection and develop recycling, reuse and recovery channels. Not to mention the regulation that will progressively ban the use of all single-use plastic objects by 2022.

“We extend a warm invitation to Fijian experts and authorities in this specific sector to reach out to New Caledonia to work and collaborate together and we look forward to the outcomes of your round table,” Wete said.

“It is also critical to change mindsets at the grassroot level, and we at PRF with the support of our partners have already embarked on community-led recycling projects with an aim of empowering citizens to take ownership of the environment,” Mr. Deo said.

Mr. Deo said they see value in doing community-led projects, as this helps in ascertaining critical data and relevant information to ensure such projects can be rolled out at both national and regional levels.

“To achieve this, we need active and consistent community participation. PRF is also providing comprehensive in-house training to our Recycling On the Go (ROG) Ambassadors which will empower them in their activism and leadership in their communities,” Mr. Deo said.

Deo highlighted the Round Table Discussion is very timely as it will give the stakeholders an opportunity to share their challenges, learnings and success stories.

The five panellists that will be speaking at the Roundtable are:

The event will be held in Suva from 3.00pm to 5.00pm and live-streamed on our social pages.