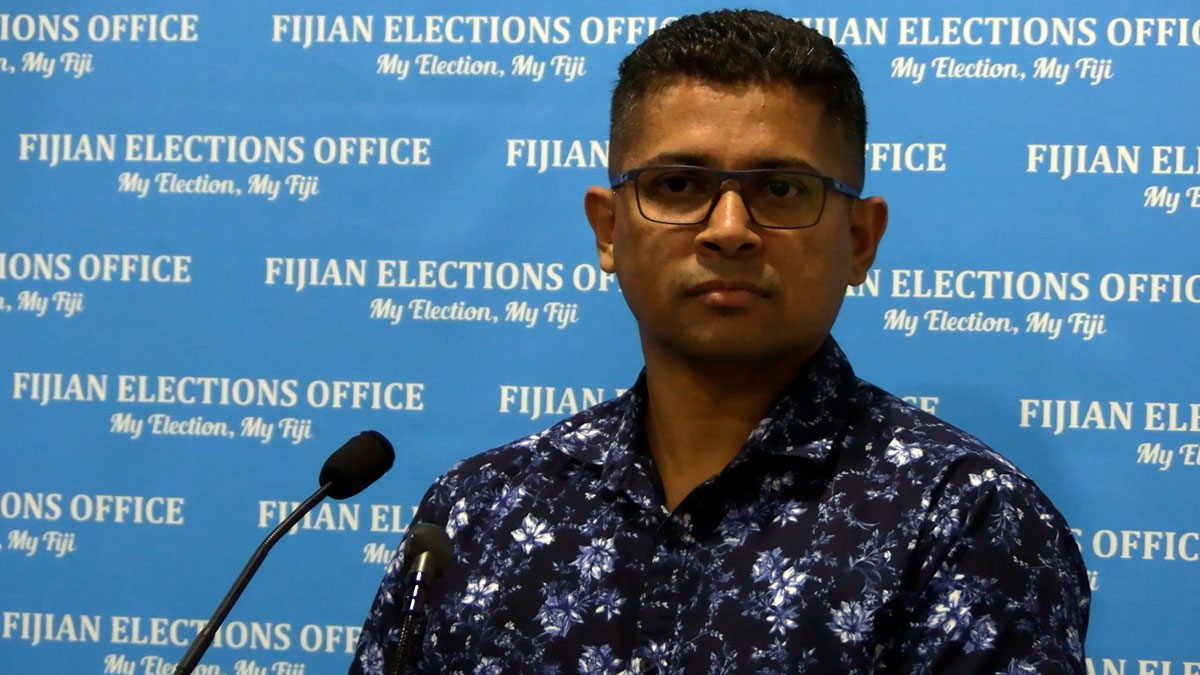 The Fijian Elections Office has referred Rock the Vote Fiji to FICAC, and Supervisor of Elections, Mohammed Saneem says they have found that the organization breaches the Political Parties (Registration, Conduct, Funding & Disclosures) Act.

The FEO says from their assessment, based on Rock The Vote Fiji Facebook accounts, the organization purely exists to promote the election of Lynda Tabuya and other representatives of The People’s Alliance.

Supervisor of Elections, Mohammed Saneem says it is also not clear as to who are the executives of the organization and even more unclear is the management practices of this organization.

Saneem says they have definitely earned thousands of dollars from donations and fundraising and all of it is purely for political purposes.

The FEO states that the electoral legal framework requires that all donations to political parties and their candidates are declared.

It says in this case, it is noted that senior officials of The People’s Alliance have actively participated by either donating money or hosting events via this organization.

The FEO is concerned that Rock the Vote has been created to by-pass key electoral laws that protect Fijians from unfair campaign practices as well as to protect political parties in terms of a level playing field.

According to section 2 of the Political Parties Act, the definition of political party means an association of persons or an organization, the object or activity, or one of the objects or activities of which is, the promotion of the election to Parliament of a candidate or candidates endorsed by it.

The FEO further notes that since its inception, Rock the Vote Fiji has been promoting Lynda Tabuya and the activities of The People’s Alliance extensively.

Saneem says that speaking from the records of the organization from Facebook, it appears to be as if it is another political party itself.

He says it is clearly not registered as a political party.

The FEO states that section 3(2) of the Act states that if any association of persons or an organization operate, function, represent or hold itself out to be a political party without being registered in accordance with the provisions of the Act, then any person who is a member of or holds office in any such association or organization commits an offence and shall be liable upon conviction to a fine not exceeding $50,000 or to a term of imprisonment not exceeding 5 years or to both.

We have sent questions to The People’s Alliance on Rock The Vote Fiji.

Police have classified the death of the 16-year-old boy who was pronounced dead at the Colonial War Memorial Hospital on Sunday as murder. Initial ... 9 minutes ago
LATEST NEWS