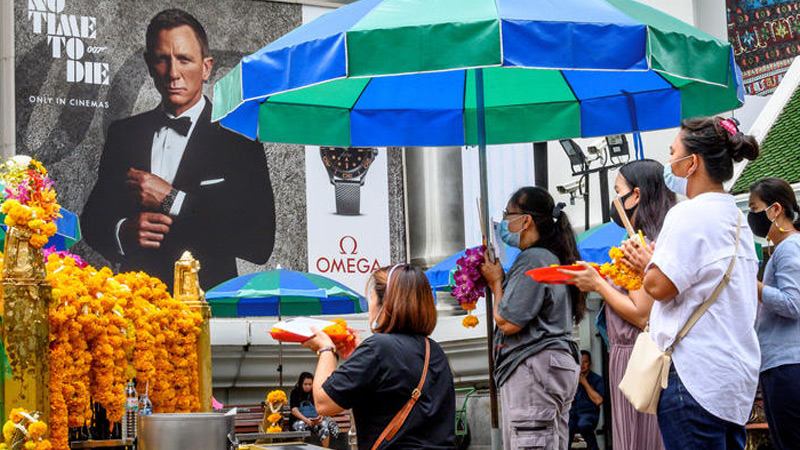 The release of the new James Bond film has been delayed again.

The premiere of No Time To Die had already been moved from April to November because of the pandemic.

The film has now been further delayed until 2 April 2021 "in order to be seen by a worldwide theatrical audience.

A statement on the film's website said they understand the delay will be disappointing to our fans but they now look forward to sharing No Time To Die next year.

Trailers for the film, as well as Billie Eilish's title song, have already been released - with the Eilish video debuting mere days ago - before Friday's last-minute decision to delay.

Industry insiders had been speculating whether the studio would stand by the November release date, following lacklustre box office returns for the Christopher Nolan blockbuster Tenet, which was released last month.

The sci-fi epic, which cost approximately $200m to make, has so far made $243 million internationally, but only $41m in the US - where cinemas in Los Angeles, New York and San Francisco largely remain closed.

A significant part of Bond film earnings come from the UK and European market, where coronavirus is once again on the rise and there may be been concern by the studio that potential restrictions could limit box office earnings in November.

The previous Bond film, 2015's Spectre, took almost $900m (£690m) at worldwide box offices - winning an Oscar for best original song. The latest film will no longer be in contention for the 2021 Oscars under current guidelines.