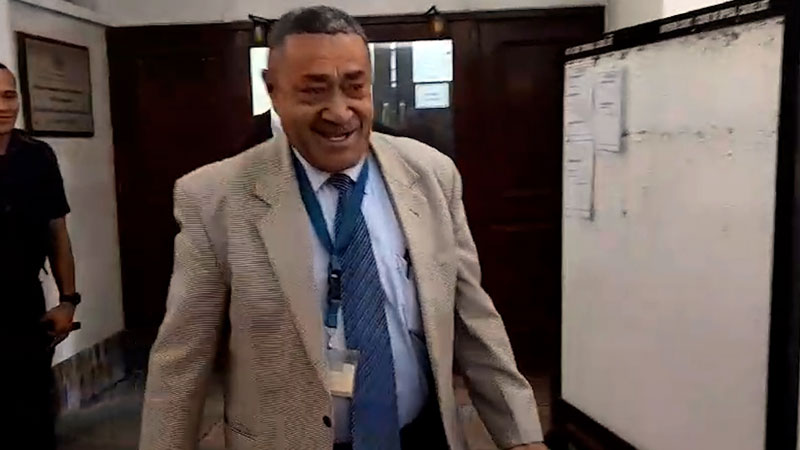 This was highlighted in court today in the trial of Ratu Suliano, by the second FICAC witness, Kusitino Lebaivalu who was the Namosi Village Headman from 2017 to 2021.

The SODELPA MP is alleged to have falsely stated that his permanent place of residence was in Namosi Village and allegedly obtained $38,378.22 between August 2019 and April 2020.

When Ratu Suliano’s lawyer, Filimoni Vosarogo put to Lebaivalu during cross-examination if he knew that Ratu Suliano was also known as Na Turaga na Taukei which means he owns everything, Lebaivalu says he does but Ratu Suliano only owns that land that is under his name lawfully.

He also agreed that Ratu Suliano does not need to seek approval to enter Namosi Village as he is the Vunivalu.

Lebaivalu says he will also be looked after the villages and does not have to bring any food.

The 61 year old also agreed that Ratu Suliano goes and conducts meetings with villagers and talks about village developments.

When questioned by FICAC Commissioner Rashmi Aslam if Ratu Suliano lived in Namosi Village, Lebaivalu says he did not, but he lived in Veivatuloa Village.

He says Ratu Suliano would come to the village and leave at about 11pm or he would spend the night.

Lebaivalu also confirmed that he would come and the villagers would conduct the i-sevusevu.

Ratu Suliano is charged with a count each of Giving False Information to a Public Servant and Obtaining Financial Advantage.

The trial continues in the Suva High Court.