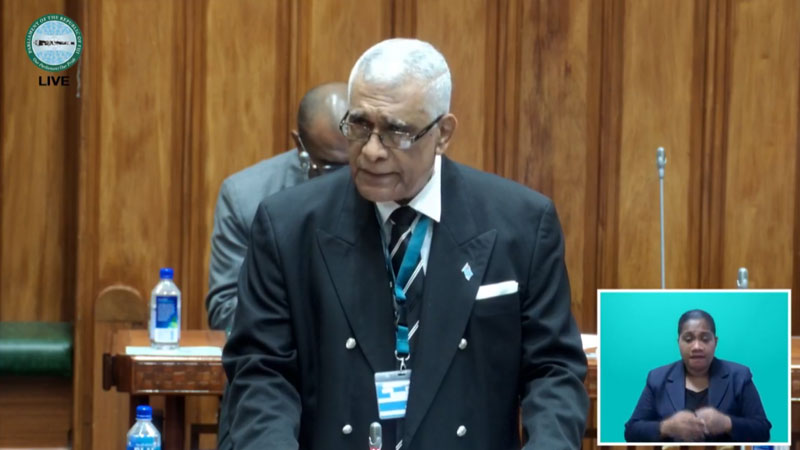 The Leader of Opposition, Ratu Naiqama Lalabalavu says he observed the farewell ceremony of the former president and the inauguration ceremony of the incoming president whereby the basic traditional protocol, qaloqalovi was not adhered to for the new President, Ratu Wiliame Katonivere.

While responding to the President, Ratu Wiliame Katonivere’s speech, Ratu Naiqama says the Turaga Na Tui Macuata is one of the direct descendants of the 10 chiefs that ceded Fiji to Great Britain in 1874.

The Opposition Leader says he believes the role played by the chiefs then are still very much relevant today as a symbol of unity, hope and goodwill amongst people.

He further says the sentiments and suggestion that chiefs are irrelevant and should go and drink home-brew under the mango tree proves otherwise.

Ratu Naiqama says the nation is in mid-course as it transitions from yesteryears into uncharted territory and totally uncertain and very bleak future.

He says if we continue on the same path we have taken in the last 14 years without making the necessary structural adjustments, we will be worse off than before.

Ratu Naiqama says the onus is on the government of the day to start the ball running with genuine dialogue.

The Opposition Leader then spoke about the US State Department Human Rights Report, the Global Status of Democracy Report and the Transparency International on Global Corruption Barometer.

He says there are a number of recent developments that reflect and confirm the findings in these reports.

Ratu Naiqama says the sudden resignation of the Chair of the Electoral Commission, Suresh Chandra is surprising after just being re-appointed into his second term.

He says there is a clear indication that there was a lack of transparency in his re-appointment when government knew too well of his status.

Ratu Naiqama says the government continues to play the blame game and it is always a norm to blame the previous governments for all the wrongs and the removal of senior public servants who speak the truth.

The Opposition Leader also said questions have been raised by the public on the cost of the trip to Glasgow for COP26 and the benefit for the nation.