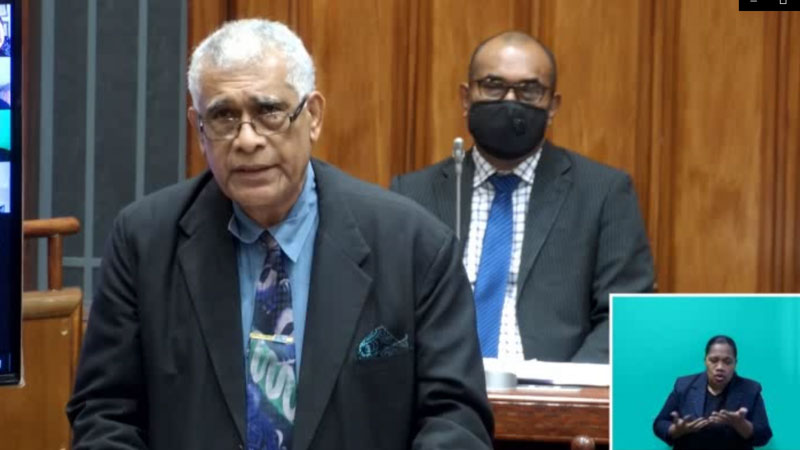 “Please withdraw this bill and let’s have a thorough discussion.”

Opposition Leader, Ratu Naiqama Lalabalavu made this plea to the Prime Minister and Minister for iTaukei Affairs, Voreqe Bainimarama and Attorney General, Aiyaz Sayed-Khaiyum while debating on the Bill to amend the iTaukei Land Trust Act.

Ratu Naiqama asked Bainimarama and Sayed-Khaiyum to listen to the plea of the landowners and all they need is to go back to them and update them on the proposed changes.

He says there should be a thorough discussion on this Bill even though the General Manager of the iTaukei Land Trust Board has stated that they are in full support of the Bill.

While not supporting the Bill, the Opposition Leader says they spent many years working in the TLTB and know inside and out on how the organisation operated.

Ratu Naiqama says with this amendment, i-Taukei landowners would not know what is happening on their land.

A man and his wife who sexually exploited two young girls in Nakasi two years ago, will spend 16 years and 10 months behind bars. The man and his w... 28 minutes ago
LATEST NEWS

Fiji has recorded 66 new COVID cases since Friday. 14 new cases were recorded on Friday, 36 cases on Saturday, 10 cases on Sunday and 6 new cases ... 21 minutes ago

5000 youths are expected to benefit from the Open Skills Training that will be provided by the Commonwealth of Learning in partnership with ... 23 minutes ago