Ratu Epeli tells parliament that no one puts pressure on him

Ratu Epeli tells parliament that no one puts pressure on him 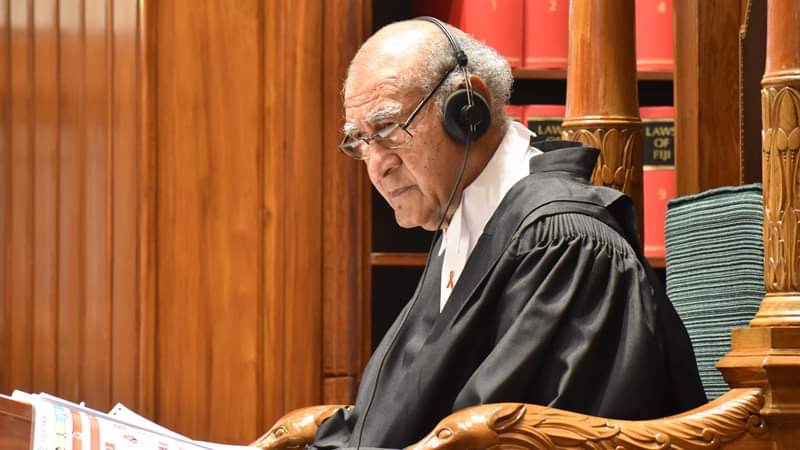 Speaker of Parliament, Ratu Epeli Nailatikau has told parliament that no one puts pressure on him as the Speaker and any other appointments that he has held.

He made these comments after National Federation Party Leader Professor Biman Prasad said in parliament that they don’t want the Government to dictate how parliament should operate and they should not be putting pressure on the Speaker and Secretary-General of Parliament to be able to railroad things they want at short notice.

Prasad says it makes a mockery of the way parliament ought to be.

He also says yesterday they got the business committee minutes at 10pm and the minutes did not contain how many bills will be there.

Prasad also says the Attorney General pops up with bills under Standing Order 51.

Ratu Epeli says he does the job that he is appointed to do.

He says if he is woken up in the middle of the night by the Secretary-General because there is an urgent matter, he expects other members of the business committee are also woken up.

Attorney-General Aiyaz Sayed-Khaiyum says they have never seen the Secretary-General and the Office of the Speaker as an extension of the Executive and this is a narrative the Opposition has tried to paddle.

Sayed-Khaiyum also says Professor Prasad is a permanent member of the business committee but he shows his condescension by not showing up for the meetings.

Three bills will be debated for one hour each under Standing Order 51 on Thursday and a vote will be taken after the debates for the bills to be passed.

Walesi CEO Sanjay Maharaj says the Walesi Network Hub experienced no disruptions during TC Cody thanks to the design of its infrastructure however the... 17 hours ago
LATEST NEWS

Minister for Education, Premila Kumar says all schools that she has visited are in compliance with the COVID safe protocols. She highlighted this ... 14 hours ago