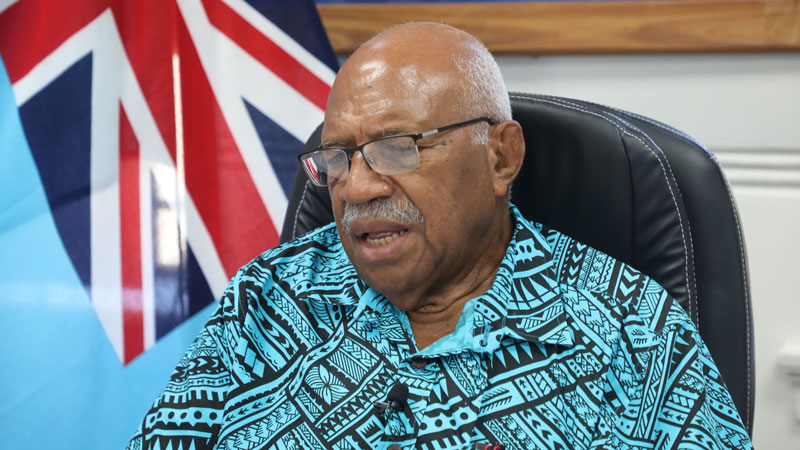 People's Alliance Leader Sitiveni Rabuka is calling on the Acting Prime Minister Aiyaz Sayed-Khaiyum to issue a formal apology to the people of Fiji for the confusion caused by the secrecy and lack of transparency over the absence of the Prime Minister and Sayed-Khaiyum himself.

Rabuka says it is of great national concern that the Prime Minister is reportedly in Australia recovering from a serious operation and Sayed-Khaiyum was also away at the same time.

He says the Government put a veil of silence over the absence of the Prime Minister and Sayed-Khaiyum and there were concerns about who was in control of the country but no statement was issued.

Rabuka says he is now inviting Sayed-Khaiyum to tell the nation the reason for his absence, where he was, what was he doing and why was there such a long delay in explaining why the Prime Minister was away.

The former Prime Minister say these issues are not State secrets and the people who pay the salaries of the Prime Minister and Attorney General are entitled to know about them.

He is asking who the Acting Prime Minister was, was that appointment gazetted and why was there no official announcement.

When questioned last night, Sayed-Khaiyum says he went to Singapore for his medical review.

He also says that the Prime Minister Voreqe Bainimarama only went for a medical review and that was when Bainimarama was told that he has to have the surgery.

Sayed-Khaiyum says the appointment of an Acting Prime Minister is always gazetted and it is not necessary for it to be announced to the media.

He has confirmed that Minister for Disaster Management Inia Seruiratu was the Acting Prime Minister in their absence.

Rabuka is also urging Sayed-Khaiyum to tell the people whether he went through all the health security checks that are mandated by the Ministry of Health before he appeared at a press conference last night.

Furthermore, Rabuka is calling on Sayed-Khaiyum who is also the Minister for Elections to clarify the exact employment situation of the Supervisor of Elections Mohammed Saneem.

He says he has received information that Saneem has stepped down and he is asking Sayed-Khaiyum as the responsible minister to comment on this.

Rabuka adds if Saneem is no longer the Supervisor, then what processes will be put in place, and when, to find an urgent replacement for Saneem in what is likely to be an election year.

Rabuka says Sayed-Khaiyum should tell the people if he knew anything about the problems facing Chandra before he resigned and it is important for Sayed-Khaiyum to update the nation on the progress towards finding a replacement.

Rabuka says this will also have an impact on the confidence of donors who may wish to contribute towards the costs of the electoral machinery and arrangements in an election year.

We have sought a response from Sayed-Khaiyum and are awaiting his response.

We are also yet to receive a response from Saneem on the claims that he had resigned. 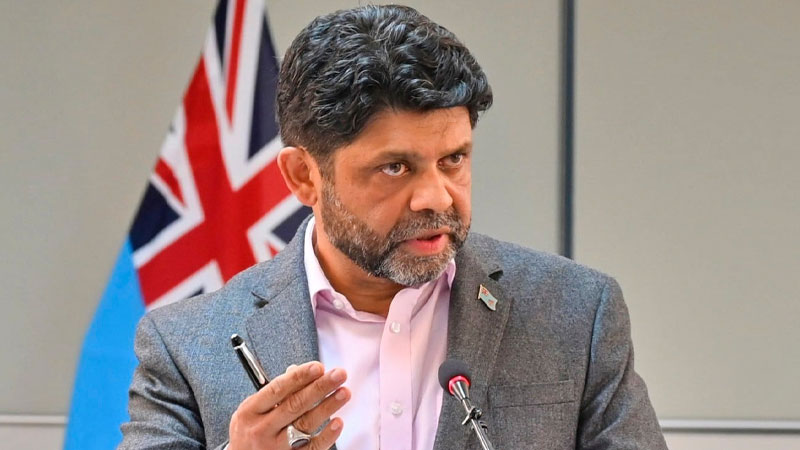 Attorney General and Minister for Economy Aiyaz Sayed-Khaiyum has confirmed that he was also away for his medical review in Singapore.

He highlighted this in a press conference when questioned on the purpose of his trip to Singapore.

When asked on the concerns raised by people that they needed assurance from the leaders during these tough times and they were not on the ground, Sayed-Khaiyum says the Acting Prime Minister who was Inia Seruiratu was on the ground.

He says at the moment we have COVID but the Omicron variant has very low hospitalisation rate as the experts and the Permanent Secretary of Health Dr James Fong has mentioned.

Sayed-Khaiyum says people are catching COVID and staying home but are coming back to work.

When further questioned on people’s views that they were losing confidence in the government, Sayed-Khaiyum says they have got a lot of positive responses from the public.

Sayed-Khaiyum says he has got a lot of good responses from social media and maybe the journalist that was asking the question was looking at the wrong social media site.

A man in his 30s from Tau Village, Nadroga has passed away following an accident after 9 last night. Police say the victim was driving the vehicle ... 41 minutes ago
LATEST NEWS