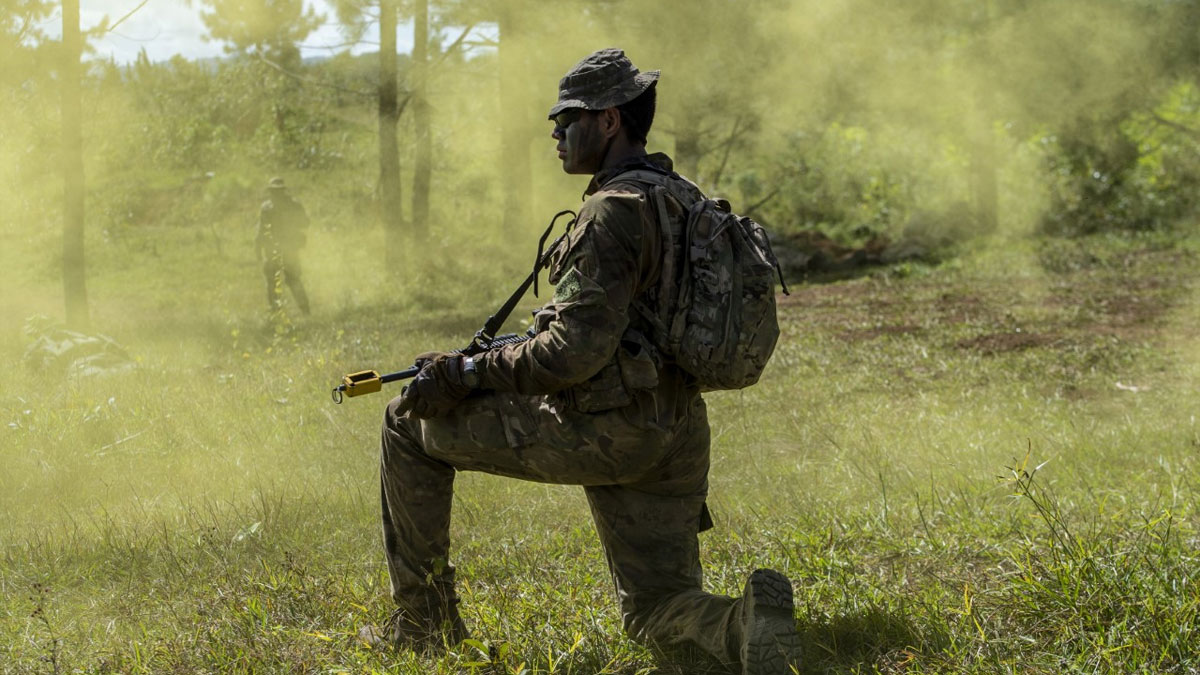 In the 30-degree heat of Fijian jungle, with mosquitoes buzzing, a group of New Zealand soldiers are learning how to operate in a new environment and alongside foreign troops for the first time.

Officer Cadet School (OCS) of New Zealand students are this month taking part in Exercise Veiliutaki, which is designed to test students in command, leadership and battlecraft.

The Officer Cadets were platoon commanders, learning how to command a group of 30 people, going through exercises such as ambushes, quick attacks, clearances and establishing a secure base (harbour).

Captain Jonty Hooson, Senior Instructor of the Field Wing at the OCS says the cadets found navigating jungle terrain for the first time challenging but worthwhile.