Prasad and Rabuka are not allowing questions during public meetings – Bainimarama

Prasad and Rabuka are not allowing questions during public meetings – Bainimarama 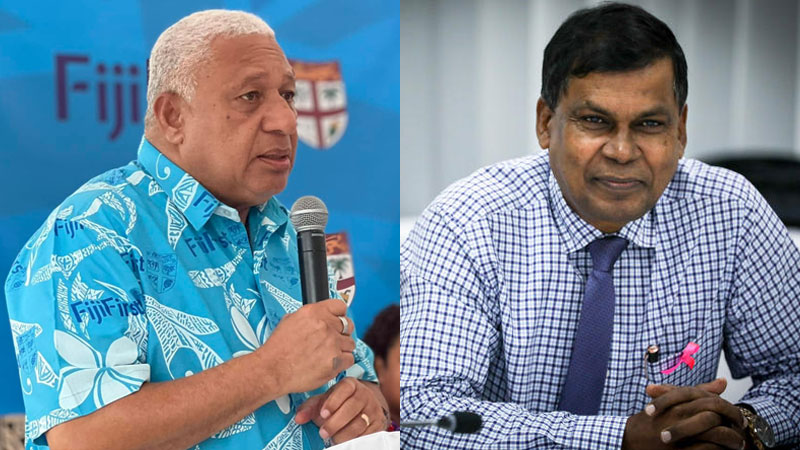 FijiFirst Leader, Voreqe Bainimarama says People’s Alliance Leader Sitiveni Rabuka and National Federation Party Leader Professor Biman Prasad have not been allowing questions during public meetings and even when they do so, its their own party supporters however Prasad says they are not answerable to Bainimarama but to the people.

While speaking at the opening of the FijiFirst Office at Motorex Complex at Nadi Back Road, Bainimarama says he has seen how other political parties have been behaving in the past few days.

He says the FijiFirst is having public meetings and talanoa sessions and anyone can ask questions even if they are negative comments.

Bainimarama says they state the facts and not run away from questions or reporters but offer solutions.

He says the people present at their meetings are sharing their problems and telling them that they are fed up of the FijiFirst Government and want a change.

We have also contacted Rabuka and are awaiting a response.