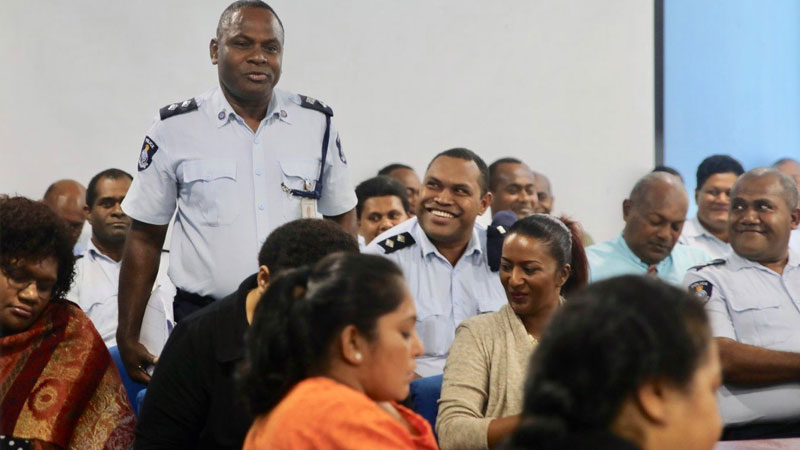 Police are currently working with relevant stakeholders to address issues regarding their services which includes lack of urgency in issuing domestic violence restraining orders, lack of professionalism when handling reports of gender-based violence and the lack of urgency in attending to reports.

These issues were highlighted when the Police Eastern Division Command Group met with the Ministry of Women, Children and Poverty Alleviation, professional counselling groups and non-governmental organisations.

The meeting was held in a bid to improve responses to cases of gender-based violence.

He says they are there to serve the public and need to work together with the stakeholders.

Khan says rather than waiting for a major meeting to address shortfalls in service delivery, they are streamlining processes by improving networking amongst all stakeholders to ensure issues can be addressed immediately.

He says the meeting gave members of the Eastern Division Command Group the opportunity to hear first-hand information on issues encountered by the representatives.

Since the first meeting in May, ACP Abdul Khan has held similar meetings at the Divisional level where the representatives have so far met with the Divisional Police Commander Southern, Officer in Charge Totogo and their managers.

Discussions on having similar meetings in the Western and Northern Divisions are ongoing.