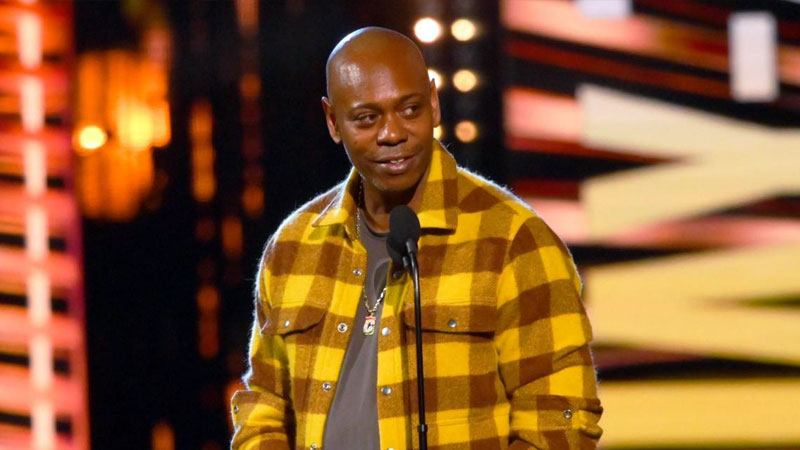 A man has been arrested on suspicion of assault with a deadly weapon after an on-stage attack on US comedian Dave Chappelle.

A spokeswoman for the Los Angeles Police Department says the suspect pointed a replica handgun that contained a knife blade at Chappelle.

Chappelle was unharmed, but the suspect was taken to a local hospital for medical treatment.

The incident took place while Chappelle was performing at the Hollywood Bowl.

Clips shared on social media showed someone charging into the star during his set at the Netflix Is A Joke Festival yesterday.