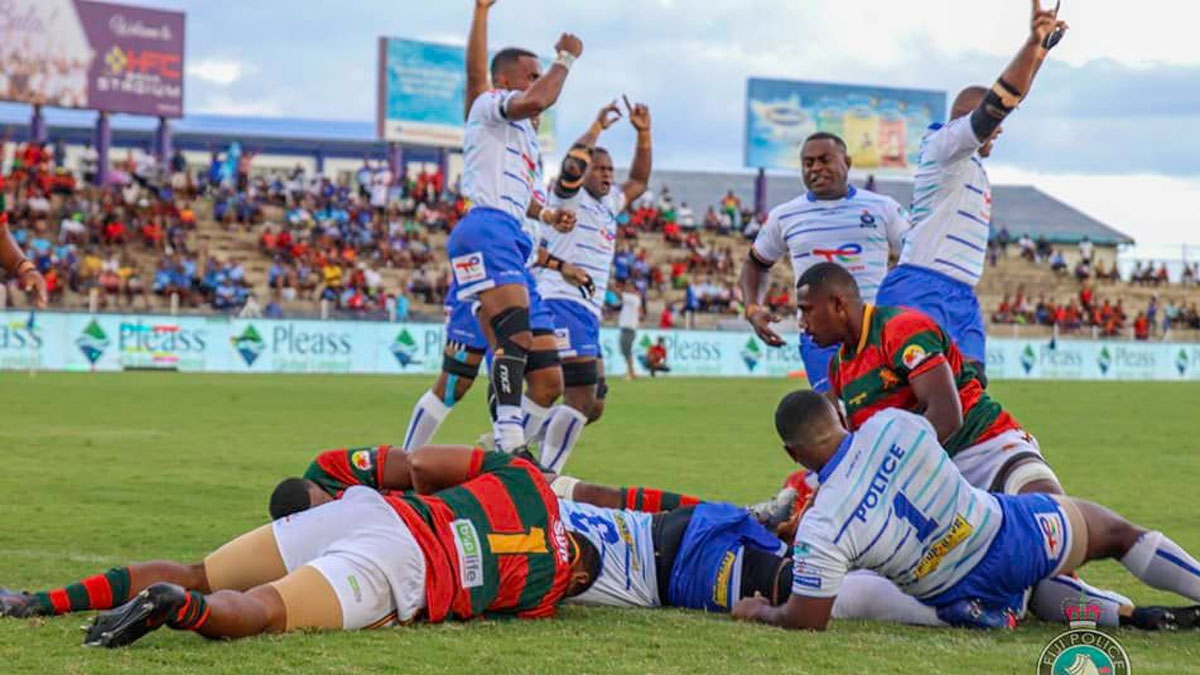 Police are taking the FMF Sukuna Bowl to Nasova after they beat defending champions, Army 19-11.

Police started off the game strongly scoring the first try to prop forward, Inoke Ravuiwasa and Meli Kurisaru added the extra 2 points to take an early lead by 7-0.

Army replied with a try 2 minutes later but was unsuccessful with the conversion as Police led 7-5.

Police's Meli Kurisaru converted a penalty in the 22nd minute to extend their lead to 10-5.

Army started the 2nd half strongly with a penalty in the 45th minute to Army's Jack Suguturaga to close the gap by 2 points.

In the 56th minute, Army gained the lead for the first time in the match with a successful penalty kick from their first five eighth, Suguturaga.

In the 61st minute of play, Police's Jack Volavola put through a penalty to regain the lead 13-11.

2 minutes later, Police's Volavola kicked another penalty to extend their lead to 16-11.

In the 71st minute of play, first five eighth super sub, Etonia Rokotuisawa put the final nail in the coffin with a well timed drop goal to give Police a 19-11 win.