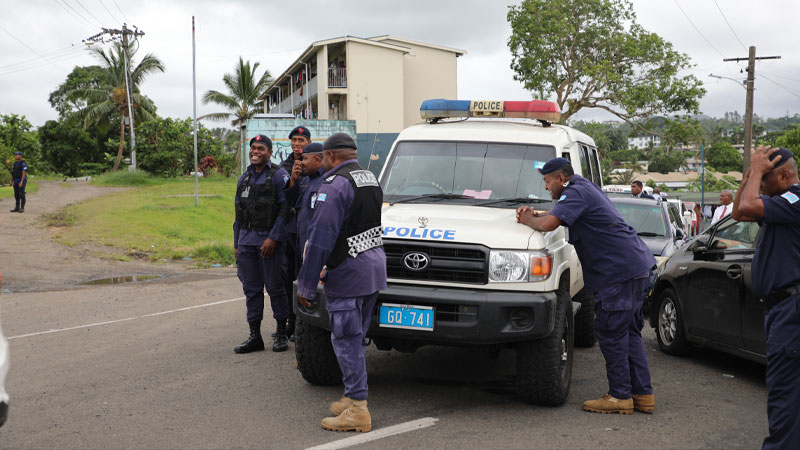 Police have beefed up their manpower at Mead Road in Nabua.

Police have beefed up their manpower at Mead Road in Nabua following another violent attack in the area yesterday.

Chief Operations Officer ACP Abdul Khan who met with the residents today says they are doing this to ensure such incidents are not repeated because the safety and security of Fijians is paramount.

Khan says the youths have been advised not to take the law in their own hands and report incidents to police if they see anything suspicious happening in the area.

He has stressed that we should not give a bad name to Mead Road Housing.

Khan also says there was a need to move the Command Centre at Mead Road but it will not be there for long as they will be working with the community and expect things to normalise soon.

When questioned on who are the instigators of these attacks, Khan says they are still trying to get to the bottom of this and find solutions.

Meanwhile, a person is in custody while two people remain admitted at the CWM Hospital.

The two sustained serious injuries after being allegedly hit by cane knives.

A group of people showed up yesterday afternoon and allegedly started assaulting some of the boys at Mead Road Housing.