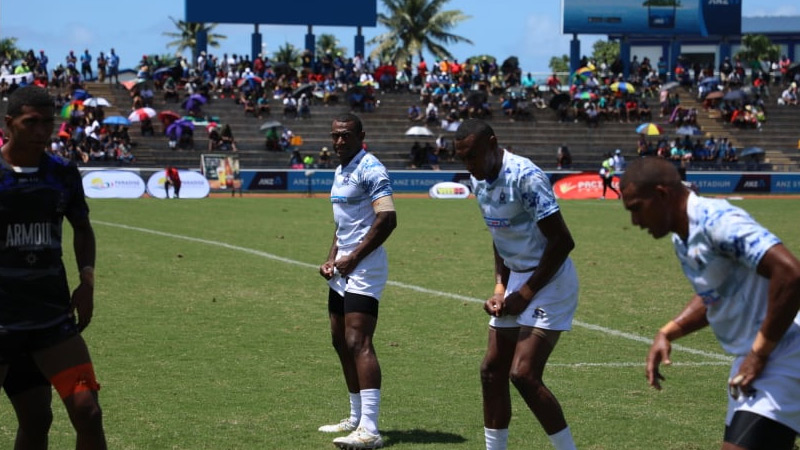 Police White has qualified for the quarterfinals of the Fiji Bitter Marist 7s.

Nasove is the lock for Nadroga.

Coach Gareth Baber says he has been impressed with Nasove’s performance in the Skipper Cup competition and believes the future is bright for him because he has a great work ethic.

The tournament’s top ranked team, Police White has qualified for the quarterfinals after defeating Blue Diamonds 21-0.

The main cup quarterfinals will start at 1.25pm.

Police White will face Wardens Gold in the first quarterfinal while Kombat Uluinakau will face FDS Barbarians in the second quarterfinal.

Raiwasa Taveuni will take on Tabadamu 1 in the last quarterfinal.

The semifinals will start at 4 o’clock this afternoon while the main cup final is at 6.45 tonight.

You can catch the live commentaries of the men’s quarterfinals, semifinals and the final on our sister station, Viti FM.