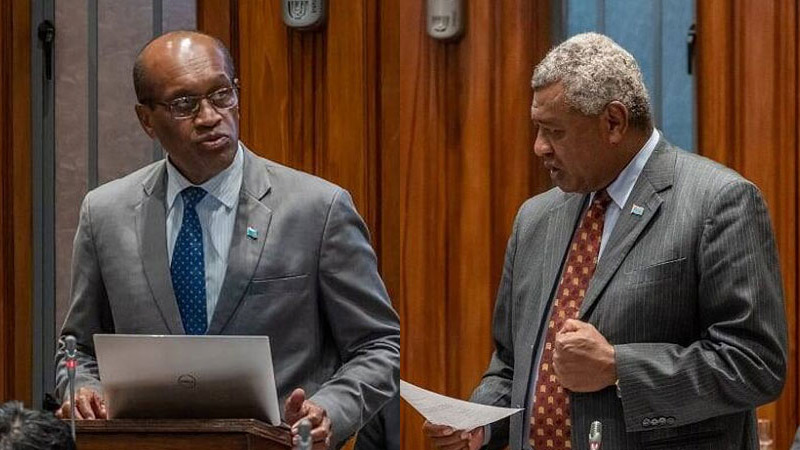 The President of the National Federation Party and MP Pio Tikoduadua says he left FijiFirst because he did not want to be a Yes Man, however the Minister for Infrastructure Jone Usamate says Tikoduadua may be lying now or may have lied before as he had earlier said that he had resigned due to health reasons.

While speaking during the 2020/2021 National Budget debate, Tikoduadua highlighted that he is glad that he quit after only 9 months, because his conscience could not allow him to serve two masters who were scratching each other’s backs while the nation and its people were being led up the garden path.

Jone Usamate says when Tikoduadua resigned in 2014, he made a public statement that it was due to his health conditions, but did not mention anything about the leadership of the Prime Minister or the Attorney General.

Tikoduadua also highlighted that he has in his possession an email allegedly given to him by the Prime Minister that was sent to him by the Attorney General on 15th December 2013.

He says the entire email contained the Attorney General’s concerns about the need to re-look at the GDP base after the figures released by the Fiji Bureau of Statistics estimated the 2012 growth to 1.7% when a growth of 2.2% was announced in the budget. Tikoduadua says he was the Permanent Secretary at the Prime Minister’s Office at the time. In that email the Attorney General is raising concern on how the GDP base is calculated by the Fiji Bureau of Statistics.

While responding to the allegations made by Tikoduadua, Usamate says he has read the email and there is nothing sinister being suggested in it but Tikoduadua is interpreting it to suit his own agenda.

Aiyaz Sayed-Khaiyum is expected to respond to these matters in his Right of Reply in parliament later this morning.