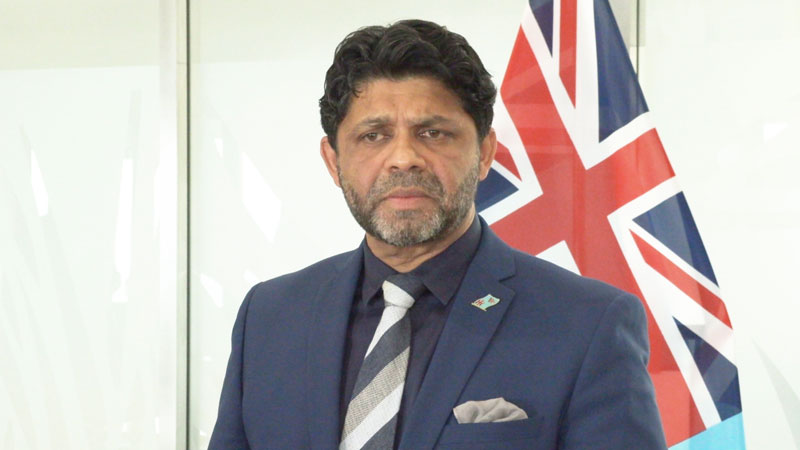 Acting Prime Minister and Minister for Economy, Aiyaz Sayed-Khaiyum says unfortunately, people who are raising concerns about government debt are not telling the people what would have been the impact if the government would not have borrowed money when COVID-19 hit us and halved government revenue.

When questioned on the ADB report noting IMF’s assessment that Fiji’s debt profile already showed moderate levels of risk of debt distress at the onset of the COVID-19 pandemic, Sayed-Khaiyum says the ADB has highlighted the debt situation of many countries however unfortunately some media organisations like CFL tend to focus on that but we have not looked at the cost of debt and the term of the grace period.

He also says essentially a part of some of the long term loans will in fact become a grant.

Sayed-Khaiyum says if the government did not borrow the money, we would have had a devaluation of the Fijian dollar which would have caused enormous socio-economic issues.

Sayed-Khaiyum says this includes the government’s ability to provide half a billion dollars worth of assistance to members of the society which include unemployment benefits channeled through FNPF of $185 million, the two rounds of $360, the $90 and $50 payouts, the market vendors fees being paid, the taxi drivers’ renewal licence and the GP services. He says all of this has helped put money in people’s pockets or help them defray their day to day costs or giving them services that has made their life easier.

He also says the JICA loan signed yesterday makes up the three tranches.

Sayed-Khaiyum says the first tranche of $187.2 million is for a 15 year loan period, 4 years grace period and at a 0.01 percent interest rate.

He says the second tranche is a stand by loan for disaster recovery rehabilitation of $92.8 million. This is at a high concessionary rate with an interest rate of 0.01 percent but it has a 40 year payment period inclusive of 10 years grace period.

The third tranche is $185.7 million for a 15 year loan period, 4 years grace period and 0.01 percent interest rate. This is part of the ADB Sustainable and Resilient Recovery Program, and this loan facility is through JICA.

A man guilty of raping his stepdaughter will be sentenced by Justice Daniel Goundar today. He was found guilty of two counts of rape. It was ... 5 minutes ago