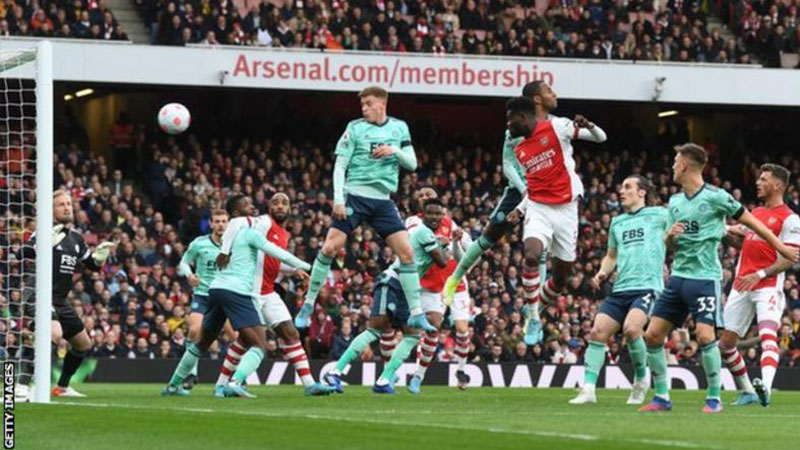 Thomas Partey headed in unchallenged from Gabriel Martinelli's corner after 11 minutes as the hosts capitalised on their dominant start.

Alexandre Lacazette scored the second goal from the penalty spot.