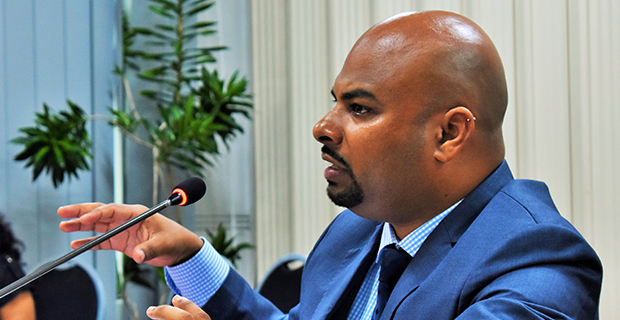 The Director of the Commission, Ashwin Raj

The Human Rights and Anti‑Discrimination Commission is urging parents to lodge a complaint with the commission in cases where their children have been denied registration in schools because they do not profess to the same religious values as that of the school.

The Director of the Commission, Ashwin Raj says the preclusion of children from enjoying their constitutional right to education on the basis of their religious orientation is discriminatory.

This comes after some parents raised concerns that their children who are to start Year 1 next year are not getting enrolled into some Catholic schools because they do not have siblings in the same school and they do not follow the same religion.

A parent was asked by a Catholic school if her son had a sibling in the school or whether the child was Catholic.

She says her son was short‑listed to be enrolled into the school however he did not get a place in the school.

Fijivillage contacted the Director of Catholic Education, Nemani Drova who says the Church will not comment on the subject until the parents discuss the issue with the Church.

We also reached out to various other religious organisations and enquired about their policies.

President of the Arya Pratinidhi Sabha of Fiji, Arun Padarath says the school is open to all students and it does not discriminate on the basis of religion.

President of the Sanatan Pratinidhi Sabha of Fiji, Sarju Prasad says education has no religion but it is a religion of humanity.

He says education is for everyone and the schools will take in students until all the places are filled.

President of the Fiji Muslim League, Hafiz Khan says religious schools have been set up by the community to cater for students of that particular faith but according to the constitutional requirements, the schools cannot turn away any child if they happen to be in that zone and are seeking a position in the school.

He says schools run by the league accept children if there is a spot available and if they have the capacity to take in the student.

Meanwhile, the Secretary of Communications of the Methodist Church of Fiji, Reverend Wilfred Regunamada says the church does not discriminate in terms of religion and accepts students of all religions.

We have sent questions and are yet to get a response from the Ministry of Education.