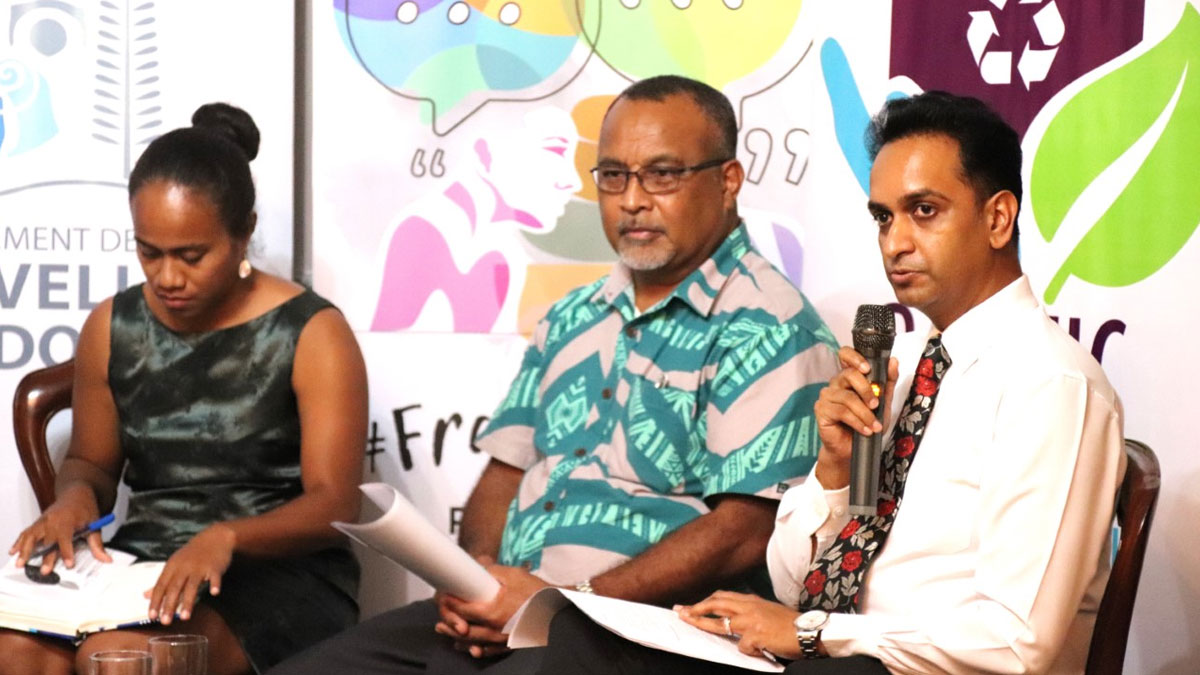 The panellists at the Round Table Discussion on ‘Environment and Recycling Work in Fiji’ at the French Embassy in Suva, have called for individuals and organisations to stop working in silos and form strong partnerships to counter challenges and find solutions in the waste management and recycling space.

The Round Table is an initiative of the Embassy of France in Fiji and was partnered by the Pacific Recycling Foundation and supported by the Government of New Caledonia and BRED Bank Fiji.

In his opening remarks, the French Ambassador to Fiji, Mr. François-Xavier Léger thanked Pacific Recycling Foundation, BRED Bank Fiji and the Government of New Caledonia for supporting and contributing immensely to this event.

“We have been in the waste management and recycling space for around 28 years and people still ask me why we still don’t have recycling and upcycling facilities,” said Mr. Deo.

Mr. Deo said without everyone’s participation, it is very difficult to sustain the recycling concept.

“There also needs to be clear understanding about recyclables and what should be done with them,” said Mr. Deo.

Deo also highlighted that there is a need for business houses to join the movement.

“At PRF, our work mostly involves movement building and empowering people. Through a partnership with Swire Shipping Fiji, we launched activism in the recycling space earlier this year, where 24 students of Jai Narayan College became Recyclers of the Go Ambassadors. They took the message of proper waste management to 800 plus students after receiving proper training,” stated Mr. Deo.

He said the idea is to launch the program in other schools next year, after releasing the findings of the project initiated at Jai Narayan College.

Recycling on the Go Head Ambassador at Jai Narayan College, Ms. Hefuhelava Kamaile said they went through name-calling at the beginning.

“The ROG Ambassadors were called rubbish pickers by other students and I was called the mother of rubbish pickers which was very demoralising. There was also a lack of participation from teachers and students in the beginning,” said Ms. Kamaile.

However, Ms. Kamaile said there has been a change and they are encouraged to see students’ participation in the program.

The Principal Environment Officer at the Department of Environment, Mr. Kavnil Lal stressed on the need for all stakeholders, including the government, NGOs, schools, youth groups and communities at large to work together in this space.

He said there are some partners who are working in silos.

Creative Aspect of Recycling Artist, Ms. Suzanne Turaganiwai revealed that 650kg of litter was collected at the foreshore around Suva Point during a clean-up on September 17th, 2022.

“It is a challenge to look for funds for our work, however we are not driven by money but the passion that we have for our environment. We just want people to understand our work and join us,” said Ms Turaganiwai.