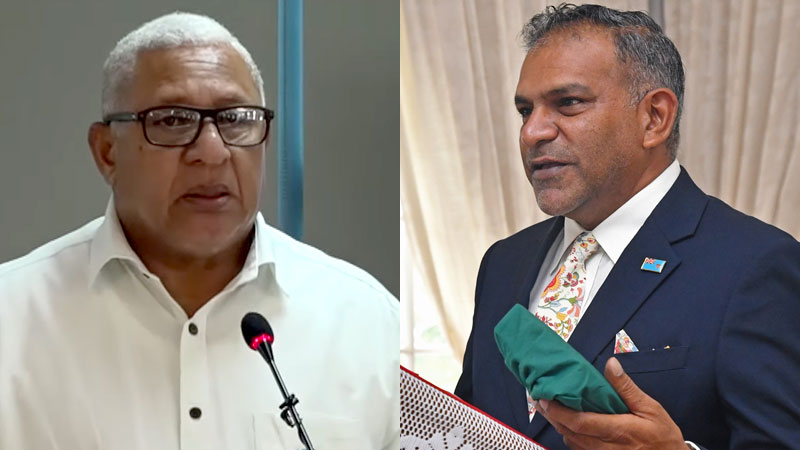 Prime Minister Voreqe Bainimarama has announced a cabinet reshuffle effective from this evening.

The Prime Minister will add the Ministry of Foreign Affairs to his existing portfolios.

Vijay Nath and Jale Sigarara will serve as the assistant ministers for Rural and Maritime Development and Disaster Management while Viam Pillay will serve as the Assistant Minister for Agriculture, Waterways and Environment.