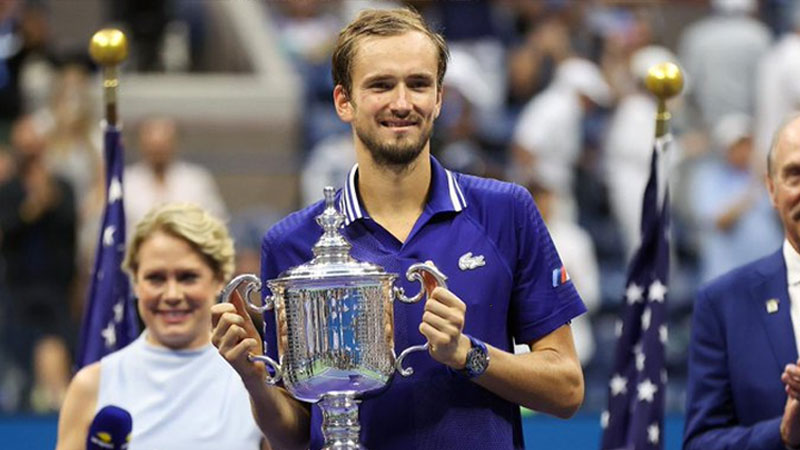 Russia's Daniil Medvedev won his first Grand Slam title by shattering Novak Djokovic's hopes of completing a calendar sweep of the majors in a one-sided US Open final.

Second seed Medvedev lost his two previous Grand Slam finals but was composed throughout a 6-4 6-4 6-4 win.

Victory would have moved him clear of rivals Roger Federer and Rafael Nadal in the battle to finish with the most men's majors, but it was the potential calendar Grand Slam which Djokovic had said would be the "greatest achievement" of his career.

Medvedev played smartly and confidently, drawing the errors out of his opponent with strong serving and finishing points with precise winners, as he avenged a straight-set defeat by Djokovic in February's Australian Open final.

Addressing Medvedev, Djokovic said if there is anyone who deserves a Grand Slam title right now, it is him.