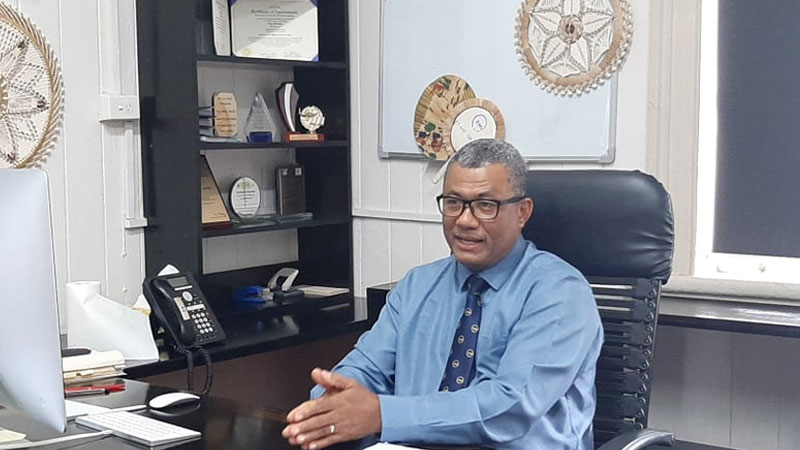 The Fiji National University has clarified that no technical college staff will be terminated at the end of the year.

Acting Vice-Chancellor, Doctor William May says they are currently undertaking the review of the programs offered at the Technical College of Fiji and the competency of the staff however he says this does not mean that staff contracts would be terminated.

He says the consultation began last week and they will be deliberating on the outcomes in January next year.

Dr. May says the teachers will have to meet the standard of the university.

He has also said to Fijivillage that he does not want to pre-empt the decision on the future of the teachers who do not meet their teaching standards.

The Acting Vice-Chancellor has stated that they are also reviewing why some programs offered by the technical colleges have low admission rate.

Dr. May has also confirmed that the HR Department of the University met with the Fiji Teachers Confederation as part of the consultation processes.

However, he has refuted claims by General Secretary, Agni Deo Singh that the government is not giving the shortfall of $8.1 million for the running of the 15 campuses.

The Acting Vice-Chancellor has highlighted that the main issue for the university is not about getting money for the operations of the university but the standard of education it offers.

He says communications by the Director of Technical College of Fiji, David Wedlock was not authorized by the Vice Chancellor’s Office.

He says they are investigating why the email was sent to some of their staff.

The Technical College has a total of 323 staff out of which 179 are teaching staff.

There are 144 non-teaching staff.

He says the colleges offer 13 programs and they will maintain the charge of these programs, however, the site where these programs are offered and its delivery may change.

A 40-year-old man was found hiding beside a flower garden in Nepani, Nasinu during curfew hours. Six people were arrested for breaching curfew in ... 19 minutes ago