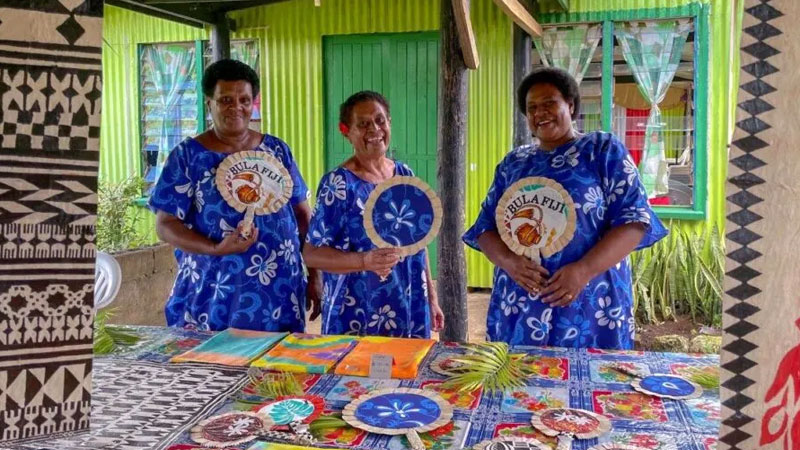 Women in Taveuni have been provided with an opportunity to show their creative skills and display crafts as the Taveuni Tourism Association has announced the opening of a new handicraft market in Taveuni.

The Taveuni Dateline Handicraft Market has been established by Susanne Neli and her family with the help of the Taveuni Tourism Association and is located at the International Dateline in Waiyevo.

The new handicraft market was officially launched by Neli, Mere Marama and Mili Lewatoga and will initially be open every Tuesday, Wednesday and Thursday however they hope to extend the days once business increases.

Locally crafted fans, masi, sulus and jewellery are being showcased and sold at the market.

The President of Taveuni Tourism Association, Terri Gortan says they are delighted to support this new handicraft market in Taveuni.