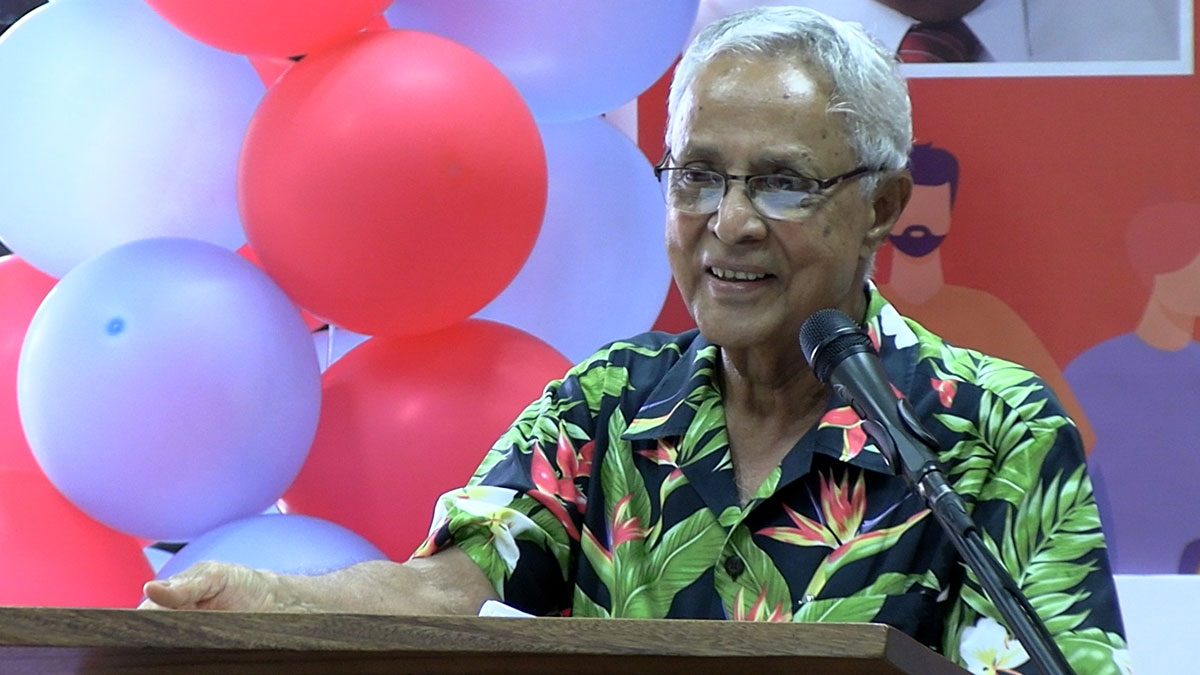 A new National Health Insurance Scheme, scholarships to assist more financially disadvantaged students, a Violence Never Campaign and increased funding for iTaukei land development are some policies that have been announced today in the Fiji Labour Party 2022 manifesto.

While speaking at the event, Fiji Labour Party Leader, Mahendra Chaudhry says Fijians have been sad for the last 16 years.

Chaudhry adds that some people have told him that it has been stressful living in Fiji and that many people are dying young because they cannot take stress or there is fear in their hearts.

Chaudhry says a Fiji Labour Party government will introduce a National Health Insurance Scheme which is similar to Australia’s Medicare. This will be developed to improve health care and make it accessible to all Fijians.

He adds that they will also increase salaries and allowances of health workers to retain them in Fiji, upgrade all health care facilities and improve equipment, review gaps in age care and mental health and embark on a vigorous and holistic campaign to fight Non Communicable Diseases.

The former Prime Minister says with Education, a Labour government will reduce TELS by 50 percent for those who complete courses in the prescribed term and this will be back dated for all outstanding TELS accounts.

Chaudhry says that all Toppers Scholarships will be supplemented for those financially and geographically disadvantaged and for overseas post graduate studies. He adds that they will reinstate the USP grant and review fees charged by tertiary institutions as a condition of their grant.

He adds that expatriates will be replaced by locals in senior executive positions. He says that they will provide appeal rights on promotions, transfers and disciplinary penalties and restore the age of retirement to 60.

Strategies to empower women were also announced including the set up of domestic violence and child exploitation task force and launching a ‘Violence Never’ campaign in the media and on the ground.

He says Labour will strive to increase the economic empowerment of women through affordable credit and government guarantees for women in productive areas of the economy. He adds that they will provide education and training on financial and business management through government programs.

The former Prime Minister also discussed increasing funding for indigenous land development and the iTaukei Institute of Language and Culture, increasing the maximum annual rental of agricultural land to 10% of the UCV to better reflect the value of the land with a negotiated 50 years minimum lease term and the government will pay the 4% difference in the case of local farmers.

Chaudhry adds land utilisation needs to be sustainable and productive and follow traditional values of respect for mother nature.