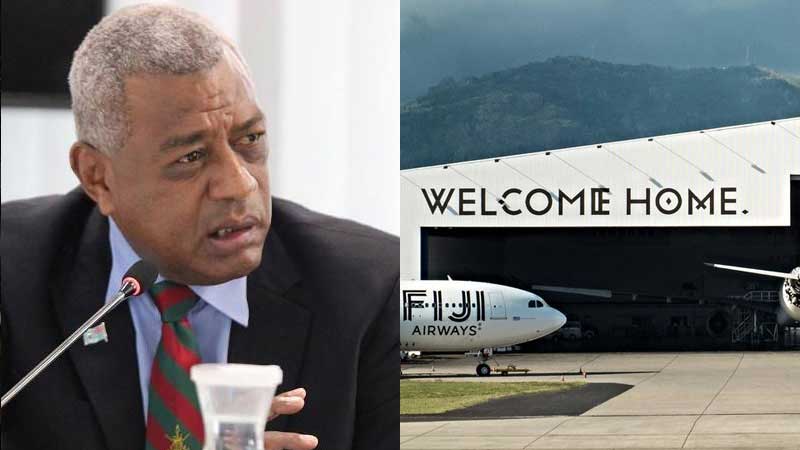 The National Federation Party has alleged that Fiji Airways is demanding former workers to give up their legal action against the company if they want to be re-hired.

NFP President, Pio Tikoduadua says even though Fiji Airways is once again recruiting employees, it has set a requirement that it will not take former staff, particularly cabin crew and flight attendants, unless they withdraw their claims against it.

He has told us that some former staff of Fiji Airways have contacted the party in this regard.

He says nearly 800 of loyal Fijian employees were sacked in May last year and they were not paid redundancy compensation.

Tikoduadua says more than 400 cabin crew and flight attendants then brought legal action against their former employer. The NFP President says now, when it needs its staff back, Fiji Airways is forcing them to withdraw those legal actions before it will hire them.

He further says having kicked the very people who built the airline once, Fiji Airways is kicking them and their families again.

Tikoduadua has also stated that when NFP is elected into government, they will direct Fiji Airways to support the reinstatement as well as respect the proper process through the courts of these legal actions and compensation to affected staff.

We contacted Fiji Airways on Wednesday afternoon for a response.

However, the national carrier had stated in October last year that all former employees of Fiji Airways and Fiji Link are welcome to apply for the limited number of cabin crew positions.

It had also said the first cohort of cabin crew who were being considered for recruitment were all former Fiji Airways cabin crew members.

Fiji Airways had also said then that the company is following a fair, transparent, rigorous and merit-based recruitment process, whereby all applicants were treated equally, and assessed according to objective selection criteria.