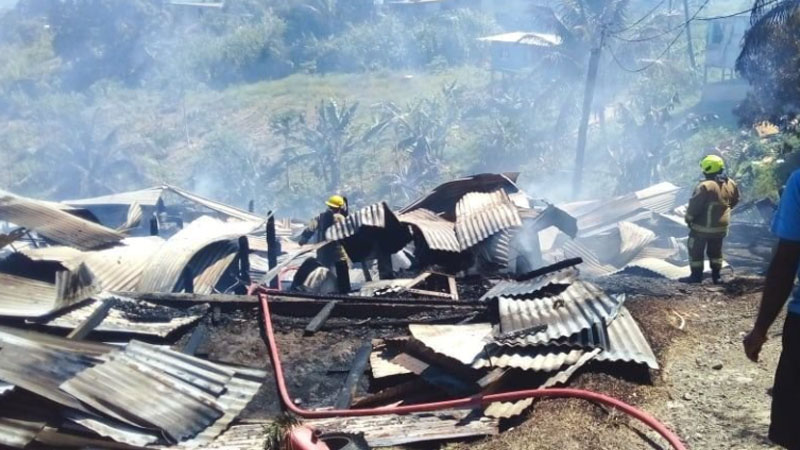 A preliminary investigation conducted by the National Fire Authority into the fire that destroyed 5 homes in Sakoca Settlement on Sunday has revealed that the incident is a suspected case of arson and the suspect is in Police custody.

NFA says they received a call at 11.10am Sunday and upon arrival at the scene, the team found four lean-to houses fully engulfed in flames and the fire spreading to the fifth house.

NFA says with no water supply from the fire hydrants due to water restrictions in the area, the fire team utilized their water tank supply to quickly extinguish the fire.

The intensity of the fire and windy conditions caused the fire to spread quickly.

The Authority says the firefighters fought hard against windy conditions to stop the fire from further spreading and managed to save houses that were a few meters away from the burning houses.

The total cost of damage has been estimated at $240,000 while the cost for attending to the fire incident is estimated at $6345.70. NFA Chief Executive Officer, Puamau Sowane is urging every Fijian to be vigilant with fire safety in and around their homes.

He adds this incident in Sakoca was very unfortunate, particularly with the upcoming festive season.

20 people were charged with a total of 47 counts of serious sexual offences last month. Of the 20 people charged, two were 17-year-old boys who ... 4 minutes ago