Chaudhry tells Bulanauca to appreciate the contributions of Indo Fijians, NFP Leader says it is a lie that Justice Reddy ever advocated native land to be converted to state land

Chaudhry tells Bulanauca to appreciate the contributions of Indo Fijians, NFP Leader says it is a lie that Justice Reddy ever advocated native land to be converted to state land 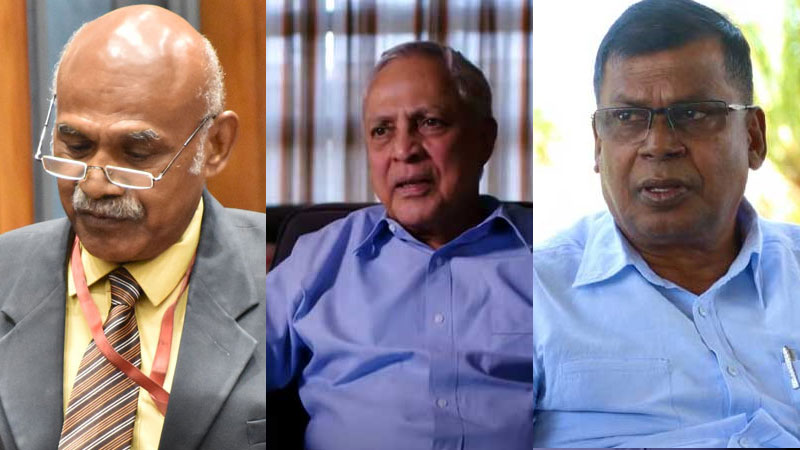 SODELPA MP Mitieli Bulanauca says his call for Indians to go back to India was a response to statements made by Jai Ram Reddy and Mahendra Chaudhry.

Bulanauca today said in parliament that he wants to clear the issue as the Attorney General, Aiyaz Sayed-Khaiyum continuously labels him as a racist.

He claims Chaudhry had made statements about a land use law without prior consultation of the native landowners, NLTB and the Great Council of Chiefs, while Jai Ram Reddy had made comments about all native land and state land.

Bulanauca adds this was an act of disrespect.

Bulanauca says as a Christian the Prime Minister needs to confess his wrongdoings first to those he has hurt.

He says Sitiveni Rabuka has already confessed and many people have forgiven him.

While reacting to Bulanauca’s comments, Fiji Labour Party Leader, Mahendra Chaudhry says the People’s Coalition Government did not make any changes to the land laws of the country as its only interest was to encourage the use of land for the landowners and the tenants.

Chaudhry says he is surprised what Bulanauca had said about his government and the Indo Fijians.

He says Bulanauca should understand and appreciate the contributions that Indo Fijians have made and that they are here to stay.

NFP Leader, Professor Biman Prasad says Justice Jai Ram Reddy, one of Fiji’s finest statesmen, who served as Fiji’s longest-serving Leader of the Opposition and gained international recognition as a judge on the UN International Criminal Tribunal for Rwanda, doesn’t deserve the malicious and politically stupid comments made by Mitieli Bulanauca.

Professor Prasad says it is a lie that Justice Reddy ever advocated native land to be converted to state land.

He says neither has NFP, since its establishment in 1963, ever questioned the primacy of land rights of our indigenous people.

Professor Prasad says this was entrenched in every Constitution – the 1970, 1990 and the 1997 Constitutions until the 2013 Constitution.

He says the 1997 Constitution that guaranteed the iTaukei primacy to land rights was negotiated by Reddy with the then Prime Minister Sitiveni Rabuka.

Professor Prasad says Bulanauca should get his facts right as Justice Reddy’s position on land was unequivocally clear.

He says during a Motion in Parliament in March 1998 to establish a Joint Parliamentary Select Committee on ALTA Reddy while praising ALTA for improving the situation of the tenants and providing them greater stability said “But let us not overlook one thing. The landowners to their credit did not reclaim one inch of their land in 1976. Every single agricultural lease was extended.”

The NFP Leader says in February 1999, while again talking about land, Justice Reddy made it clear that no solution would be viable unless it was ‘accepted by those who own the land and those who want to use it.’

Professor Prasad says Justice Reddy said, ‘I have brothers, uncles, aunts, relations and friends, all of whom are sitting on leasehold land.

Just as I seek to understand the feelings of insecurity, often despondency of these people, I also think about what the landowners must think, how they must feel and what their aspirations might be.

For practical and just solution of this problem, I think it is essential that we step into each other’s shoes, be it momentarily, to see how others see the problem, because that understanding is essential in our search for just solutions”.