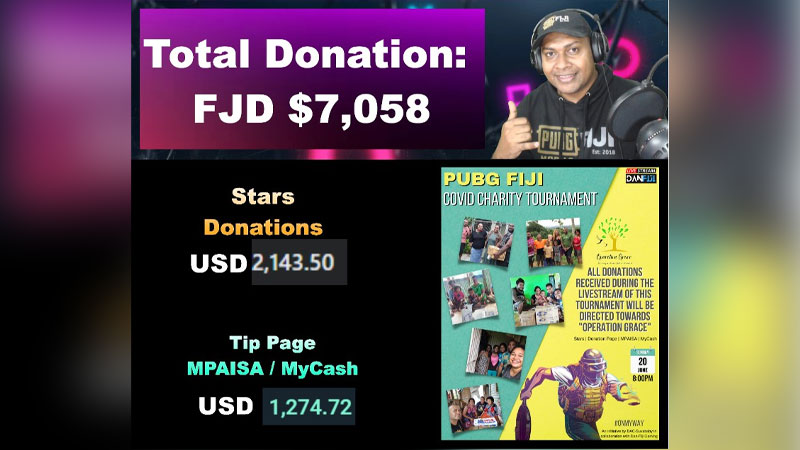 The money will be used to help people struggling to put food on the table due to the financial impact of the current COVID-19 outbreak in the country.

This tournament was organised by players DAC-Suvababy and Dan Fiji Gaming.

A clan is a group created by a PUBG user who can invite up to 50 players and participate in several in-game challenges to earn rewards.

People made donations during the tournament which was live-streamed.

Funds raised will be given to Operation Grace - a group that helps a family with a care pack every week.

Operation Grace was formed in April.

Each week, the team receives requests through their Facebook page – Operation Grace or referrals from the Department of Social Welfare.

Members of the group then try to assist where they can as they do not currently have funding from anyone.

This means sometimes they pay from their own pockets or have good samaritans reach out to them with donations.

The group says their operation is strictly within areas from Nakasi to Lami due to their limited resources.