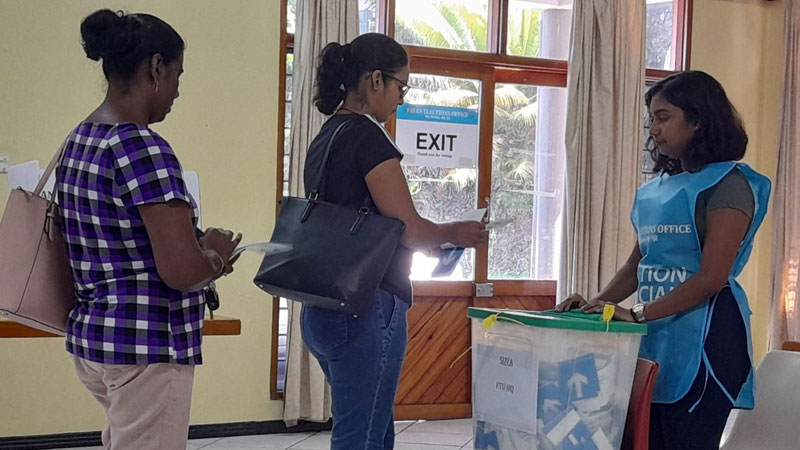 More teachers are turning up to vote in the second and final day of the Fiji Teachers Union National Elections today.

The Fijian Elections Office recorded a preliminary turnout of 914 voters at all the 22 polling stations nationwide yesterday.

Supervisor of Elections, Mohammed Saneem says they have surpassed the total turnout in the last election.

He says there are 4,917 members of this union and it is only proper that all of them are able to vote.

Voting will stop at 3 o’clock this afternoon and counting will begin in all the polling stations.

The results of the count will then be related to the Fijian Elections Office from the different counting stations and later released to the FTU.