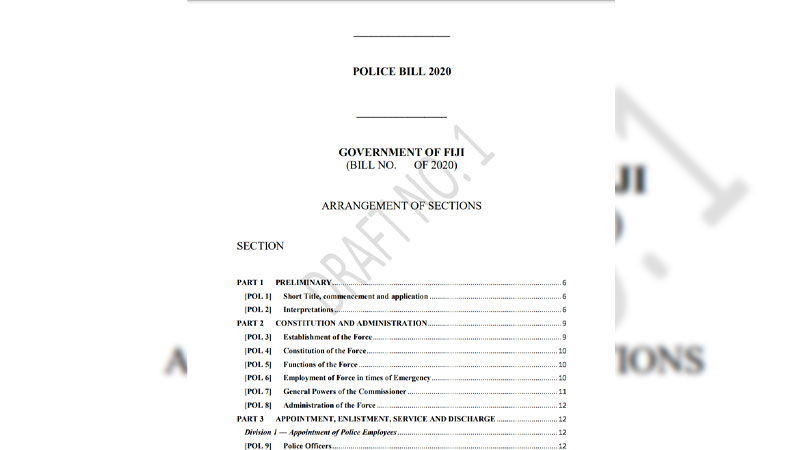 Concerns have been raised by some of the residents in Levuka on the short time span and the lack of knowledge that they have on the Draft Police Bill before consultations started.

There were also concerns raised on copies of the draft bill not being readily available and that they are only available online where not everyone has access to the draft proposed law.

Another concerned resident asked why they did not have copies of the draft bill written in the Itaukei language when the officials will be conducting consultations in the rural areas.

While responding to queries from the Levuka people, Senior Defence Officer Joji Washington says they are working with the Itaukei Affairs Ministry to try and get the draft bill translated and get the Roko from different districts to get copies of it.

Washington says this way the people from the other districts can go at any time to the Ministry for Defence and make their submissions after reading the itaukei version.

He says they advertised the consultation dates and time in the newspapers and the talkback shows that they have been having for people to be aware of the dates.

While many people accept the Police Act needs to be modernised, they are raising concerns about some sections of the Draft Police Bill after it was made public.

The proposed law says a police officer or special constable may search any person, animal, vehicle or vessel at the crime scene or in the immediate vicinity of such crime scene.

The Draft Police Bill also says any police officer or any other authorized police employee may seize, without warrant, any electronic storage device which is found in any crime scene or in the possession of any person detained or arrested or anywhere in any public place.

There are also provisions in the Draft Police Bill to deploy police as soldiers subjected to military law during emergency situations.

The Draft Bill empowers the President to employ the Police Force and subject it to military law during an emergency or war.

It defines emergency situation as natural disasters, man-made disasters and any other situation which give rise to or may give rise to casualties, and or damage or loss of property, infrastructure, essential services or affects the means of livelihood or health or the general wellbeing of the public on a scale which is beyond the normal capacity of the affected communities to cope with unaided.

Concerns have also been raised on provisions like the imposition of upto life imprisonment or $1 million fine on people who refuse to provide passwords of their electronic devices, police being allowed to eavesdrop and record conversations and recruitment of informers through lure of payment.

Face to face consultations on the Draft Police Bill will be held at the Serua Provincial Council Hall in Navua from 9am to 1pm tomorrow.