Chaudhry, Nawaikula, Rabuka and Narube being questioned by Police

Acting Commissioner confirms Tabuya has not been charged

Chaudhry, Nawaikula, Rabuka and Narube being questioned by Police

Acting Commissioner confirms Tabuya has not been charged 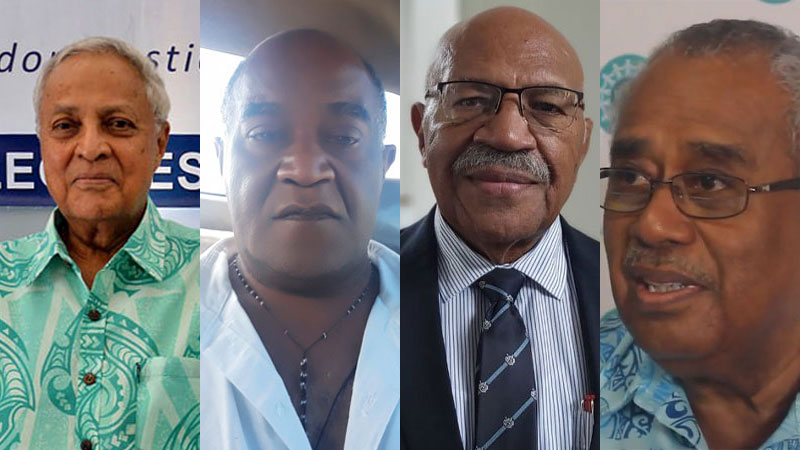 Acting Police Commissioner, Rusiate Tudravu confirms that Chaudhry was taken in earlier today while Rabuka and Narube have been brought in for their second round of questioning.

Nawaikula says he was summoned to the CID Headquarters in Toorak for a caution interview on his facebook post on the Bill to amend the iTaukei Land Trust Act.

Tudravu has also said that they will be questioning other people not for the purpose of intimidation as claimed by some, but as a proactive means to find the truth and not everyone who is brought in for questioning will be charged.

After comments made by Tabuya that she was arrested and charged, Tudravu confirms that Tabuya has not been charged.

Police say social media posts and rumours that journalists were also brought in for questioning last night are false.

Tudravu says they acknowledge that everyone is entitled to exercise their rights to freedom of speech and expression, but these must be exercised within the ambits of the law which is why they continue to stress that these rights come with great responsibility.

He says members of the public will expect increased Police presence in major towns and cities and throughout the country and they will come down hard on any person or group that tries to cause instability and civil unrest.

The Force adds there are many different interpretations of the iTaukei Land Trust (Budget Amendment) Bill 2021 which has caused public anxiety.

Tudravu says Fijians are reminded to be mindful of what they post or comment as it must be within the ambit of the law.