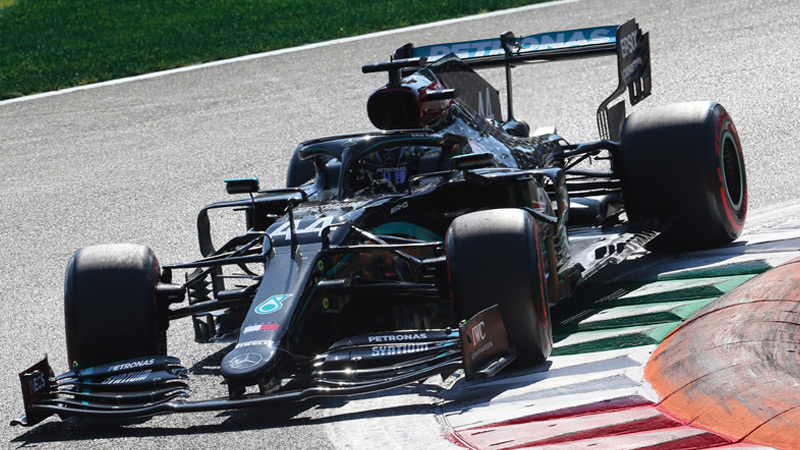 It was the fastest qualifying lap in Formula 1 history, at 164.286mph, and Hamilton's 94th pole position. [Image: thesun.com]

BBC Sports reports Hamilton's margin of 0.069 seconds was his sixth pole in eight races and puts him in the best place to score his 90th Grand Prix victory.

It was the fastest qualifying lap in Formula 1 history, at 164.286mph, and Hamilton's 94th pole position.

Neither Ferrari made it into the top 10, with Charles Leclerc in 13th and Sebastian Vettel eliminated in the first session, in 17th place, after getting caught in a mix-up as drivers jostled for the perfect position seeking a slipstream.

National Federation Party Leader Professor Biman Prasad has reminded the current leaders of the country that Fiji’s history did not begin in 2006. ... 14 hours ago
LATEST NEWS

SODELPA Leader Sitiveni Rabuka says SODELPA hopes to field more women candidates and help them to get into Parliament in 2022. He says while the ... 13 hours ago

The SODELPA Management Board has approved the final selection process for Party Leader and Deputy Party Leader after a meeting at Studio Six ... 13 hours ago

The World Health Organisation has warned the global coronavirus death toll could hit two million before an effective vaccine is widely used. The ... 15 hours ago

Police White will face Tabadamu 1 in the final of the 44th Fiji Bitter Marist 7s at the ANZ Stadium tonight. Police White - the tournament’s ... 15 hours ago

WOWS Kids Fiji Ambassador Pita Waqavonovono raised $1,700 as part of the Shave It or Save It campaign and handed over the money to WOWS Kids Fiji ... 16 hours ago
More News
TOP