Intensive Care Unit cases, like the one we now have at Lautoka Hospital, may be a red flag for widespread transmission – Dr Fong

Intensive Care Unit cases, like the one we now have at Lautoka Hospital, may be a red flag for widespread transmission – Dr Fong 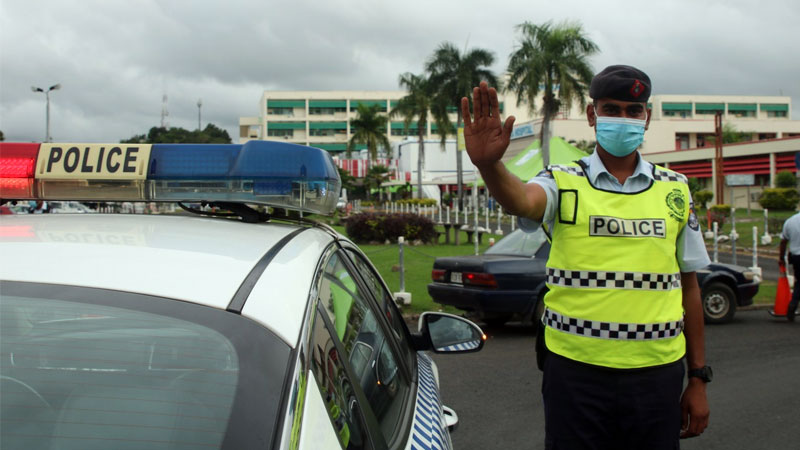 Lautoka Hospital is now a tightly contained COVID care facility, with more than 400 patients, doctors, nurses, and other staff effectively quarantined within the hospital until the Health Ministry can determine who else may or may not have had contact with the 53-year patient who had tested for COVID.

Doctor Fong says from a statistical standpoint, Intensive Care Unit cases, like the one we now have at Lautoka Hospital, maybe a red flag for widespread transmission.

He also says that it tells us that there are likely many more cases of the virus out there.

Doctor Fong says they have dreaded a worst-case scenario such as this since the day of our first case in March of last year. He says those months of planning have informed an immediate whole-of-government course of action.

He says to prevent the hospital from becoming ground-zero for a wider outbreak, the members of the disciplined forces have locked down Lautoka Hospital in a matter of hours.

Some staff who have left the hospital have been called back in.

RFMF personnel and members of the Police have ring-fenced the entire hospital and will strictly manage who is allowed onto the premises.

The Lautoka Hospital will be closed to the public, all medical services will be re-routed to a network of back-up hospitals in Nadi, Ba, and Sigatoka, as well as the Punjas and Kamikami health centres in Lautoka.

He says the borders of the containment areas are open to those travelling for medical emergencies, so this can already be facilitated.

Doctor Fong says given they expect more cases, and more severe cases, sections within the Lautoka Hospital are being converted into intensive care units which will house additional beds and ventilators.

The staff of Lautoka Hospital will be accommodated and work within the hospital while contact tracing continues.

The staffing capacity in Lautoka Hospital was already stretched due to the quarantine of the close contacts of the two doctors.

He says those who are working will operate on high-alert, fully-equipped in the proper personal protective equipment.

They will be screened regularly and tested often.

Doctor Fong says they are going to provide the staff with any and all support that they need.

He says they will provide food, supplies, bedding, and whatever they require. The Permanent Secretary also says there is going to be a lot more swabbing around Lautoka.