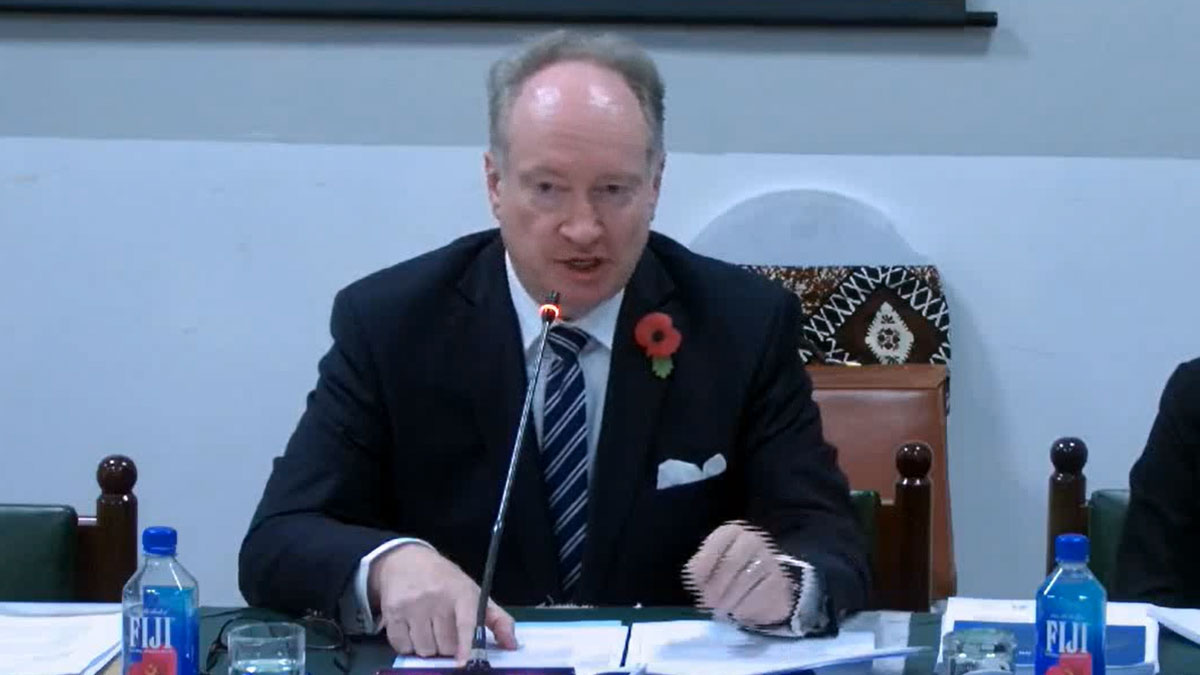 The Juveniles Act should be amended to criminalise the possession of child pornography.

This has been proposed by the Director of Public Prosecutions Christopher Pryde to the Parliamentary Standing Committee on Foreign Affairs and Defence on the Budapest Convention on Cybercrime.

Pryde says currently the act of possession of child pornography is not a criminal offence in Fiji.

Pryde also says the Cybercrime Act should be amended to ensure that all requests go through the Attorney-General as they currently do under the Mutual Assistance in Criminal Matters Act 1997.

He says in their view, it is important that the Attorney-General, as the Central Authority under the the Mutual Assistance in Criminal Matters Act be maintained as the first point of contact under the Convention and under the Cybercrime Act so as to act as a filter and protection against unsanctioned or fraudulent requests and to allow the Fijian government to balance its foreign policies with those of the request from a requesting party.

Pryde adds the ability of foreign requesting parties to circumvent Fiji's competent authority and go directly to a law enforcement agency such as the police potentially risks allowing a request from a malevolent source such as a criminal organisation to obtain confidential information and facilitating a request contrary to Fiji's foreign policy, for example, if the request comes from a party that Fiji does not have diplomatic relations with or has policy of limited diplomatic relations.

Pryde says due to Fiji's small size, there is little practical delay in having requests go through the Attorney-General as has been seen in recent mutual legal assistance requests, such as the United States' request concerning seizure of the Amadea superyacht.

He further says to date, all mutual legal assistance requests have been dealt with expeditiously.

Pryde adds there is no reason this should not continue.