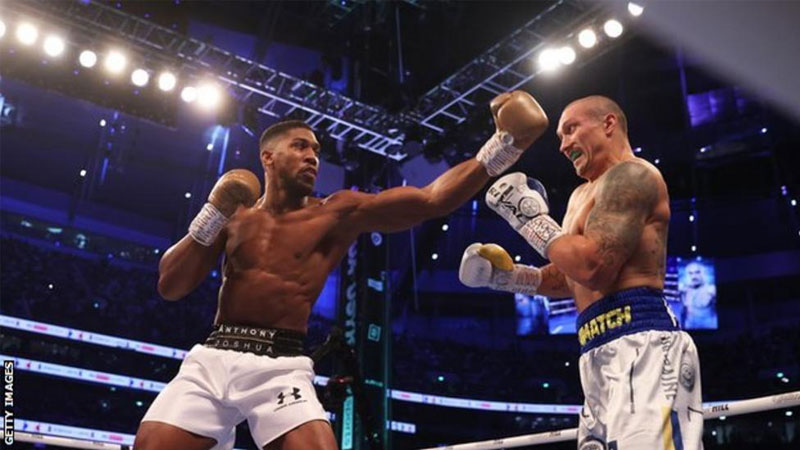 Anthony Joshua says he tried to outbox Oleksandr Usyk during their heavyweight title fight last year to prove he was not just a "big stiff body-builder".

The taunt is often aimed at him by heavyweight rival Tyson Fury.

Joshua told Sky Sports that Usyk came up from cruiserweight, he is a great fighter, a 12-round fighter, and he wanted to box with him for 12 rounds.

He adds there was always this stigma that he can't box, that he was this 'big stiff body-builder'.

Defeat by Usyk dashed Joshua's immediate hopes of a unification bout with Fury, who won his trilogy bout with Deontay Wilder in October to retain his WBC belt.

Joshua's promoter Eddie Hearn has triggered a rematch clause against the Ukrainian, while British rival Dillian Whyte has been named as Fury's mandatory challenger by the World Boxing Council.