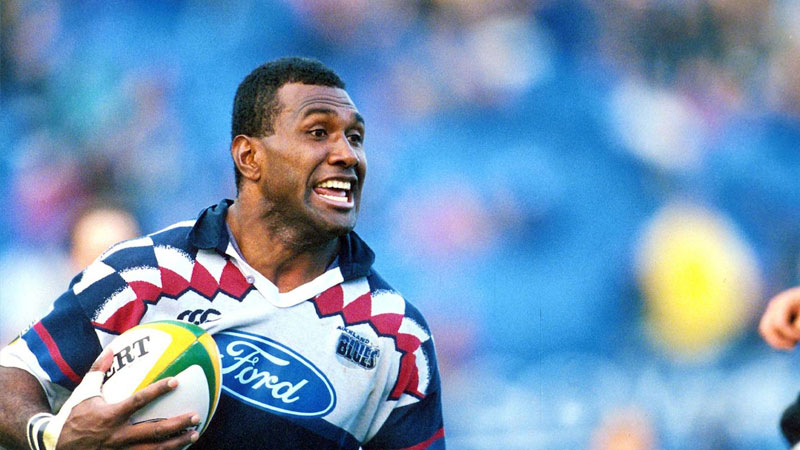 Much-loved former All Black Joeli Vidiri tragically died in his new wife's arms after suffering a trio of cardiac arrests while battling COVID-19 in America.

In a heart-wrenching message to friends of the rugby hero, his wife wrote Vidiri had fought bravely before dying on Wednesday night.

A former teammate and close friend also told the NZ Herald that Vidiri died in the arms of his bride.

And players who were close to Vidiri, whose top-level rugby career was cut short by kidney disease are now rallying to raise funds to bring his body back from the USA.

His wife says Vidiri was unvaccinated and his health deteriorated rapidly after contracting pneumonia, and was hospitalised.

She says his immune system was too weak to fight.

She says the doctors tried their best and Vidiri had three serious cardiac arrest. Vidiri’s wife says her husband fought but gave out his last breath to her on the 3rd cardiac arrest.

Vidiri's grief-stricken wife wrote that doctors tried to revive him for a third time, but their best efforts were tragically unsuccessful.

She added Vidiri had enjoyed the wedding trip to America and was really happy before contracting COVID-19. It is understood he had been in the US for about a month.

Former Counties Manukau teammate, and close friend, John Akurangi told the NZ Herald on Sunday that he and other friends of Vidiri were shell-shocked by the death.

Akurangi says the death of Joeli Vidiri has hit him hard and it shows the importance of getting the vaccine.

He says it was COVID-19 that put Vidiri under stress.

Fiji-born Vidiri became a cult hero in New Zealand with his initial heroics for the Blues and Counties Manukau.

After becoming eligible to play for his adopted country, he earned two caps for the All Blacks in 1998, as well as winning a gold medal with the New Zealand Sevens team at that year's Commonwealth Games in Kuala Lumpur.

But within three years his professional rugby career was over due to debilitating kidney disease.

Akurangi says his friend kept his health battle as quiet as he could for a long time, while still playing.