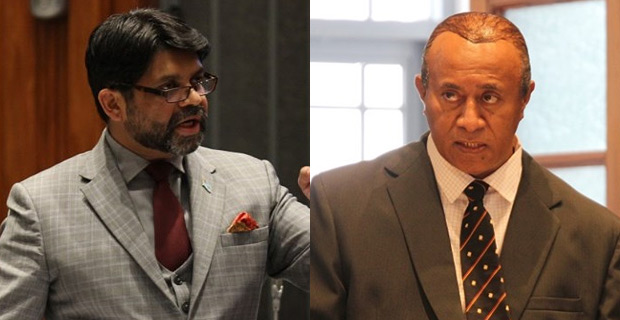 Minister for Economy Aiyaz Sayed-Khaiyum today said it would not be prudent to comment on the Fijian government’s position on abuse of office allegations in the University of the South Pacific.

Ro Filipe Tuisawau had asked Sayed-Khaiyum to update parliament about the USP Council discussions into the abuse of office allegations and also asked about the Fijian government’s position on the matter.

In response, Sayed-Khaiyum said they do not run the USP Council.

An independent investigator is looking into allegations of abuse of office by current and former USP staff.

The final investigation report is due by August 16th this year.

A separate investigation is also being carried out by FICAC in Fiji.

The allegations are laid out in a leaked confidential report which was presented to the Executive Committee of the USP Council in March this year. The report was put together by USP’s new Vice Chancellor Professor Pal Ahluwalia.

It details allegations of quick appointments and contract renewals for some senior members of the university   many of them work at the Laucala campus in Fiji.

There are also details of alleged breach of policy in past financial decisions as well as questionable promotions and questionable allowances for some staff.