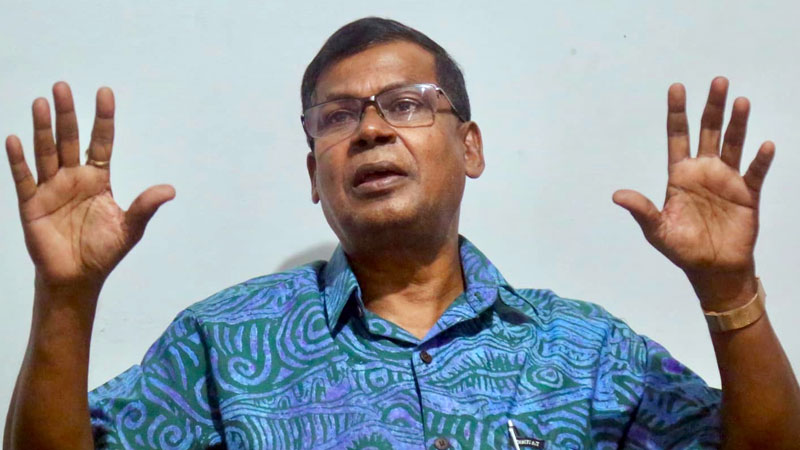 National Federation Party Leader Professor Biman Prasad says serious questions need to be asked about the government’s continuing increasing debt as it will affect the people of this country because taxpayers have to pay back the ballooning debt and government services will get affected as more revenue will be going into paying debts.

Professor Prasad says Acting Prime Minister, Aiyaz Sayed-Khaiyum should know that it is clear that Fiji had borrowed excessively before the COVID-19 pandemic, and the debt has ballooned during the pandemic.

He says there is a real concern now on provision of government services, and this can be seen by people on the ground.

Sayed-Khaiyum has said that unfortunately, people who are raising concerns about government debt are not telling the people what would have been the impact if the government would not have borrowed money when COVID-19 hit us and halved government revenue. When questioned on the ADB report noting IMF’s assessment that Fiji’s debt profile already showed moderate levels of risk of debt distress at the onset of the COVID-19 pandemic, Sayed-Khaiyum said the ADB has highlighted the debt situation of many countries however unfortunately some media organisations like CFL tend to focus on that but we have not looked at the cost of debt and the term of the grace period.

He also says essentially a part of some of the long term loans will in fact become a grant.

However Professor Prasad says the loans have to be paid back even if there is a 5 year or 10 year grace period, and the Fijian taxpayers still have to pay back the loans.

The NFP Leader says he maintains that according to his estimates, the government has wasted almost $3 billion between 2015 to 2020.

A man guilty of raping his stepdaughter will be sentenced by Justice Daniel Goundar today. He was found guilty of two counts of rape. It was ... 35 minutes ago