If we take away the 20 cents per litre duty imposed on fuel, it immediately puts a $56 million hole in revenue collection – AG

If we take away the 20 cents per litre duty imposed on fuel, it immediately puts a $56 million hole in revenue collection – AG 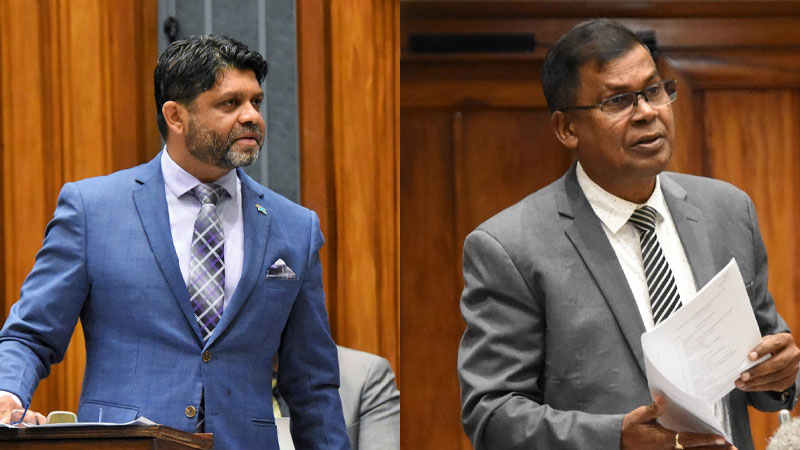 While giving his Right of Reply on the Customs Tariff (Amendment) (No.3) Bill 2021, Sayed-Khaiyum says Parliament has approved the appropriation and they have to stick to that.

He says if they are going to remove $56 million in revenue, suddenly certain things have to be cut off.

He adds he also said when he presented the budget this year that if there is a need, they will do a revision of the budget.

Sayed-Khaiyum says they have no control over the price of fuel and the cost of freight globally is going up.

Meanwhile, Professor Prasad says the 20 cents tax on fuel is now having a crippling effect due to the escalating rise of fuel prices.

Prasad adds last year in March while delivering the COVID response budget, Sayed-Khaiyum justified the imposition of the 20 cents tax.

He says the AG had said that because the world prices for fuel was going down, even with the imposition of the tax people will pay a lower price.

He says that has now changed.

The Customs Tariff (Amendment) (No. 3) Bill 2021 (‘Bill’) which seeks to amend the Customs Tariff Act 1986 has been passed by Parliament which aims to update Fiji’s current Harmonised System of Nomenclature contained in Schedule 2 to the Act to reflect the latest amendments in the Harmonised System of Nomenclature drawn up by the World Customs Organization and assist in the administration and enforcement of tariff laws, determination of correct classification of commodities, enhancement of revenue collection and effective facilitation of trade for Fiji with other countries around the world.

Walesi CEO Sanjay Maharaj says the Walesi Network Hub experienced no disruptions during TC Cody thanks to the design of its infrastructure however the... 17 hours ago
LATEST NEWS