If a party tells you that they will bring back the GCC, they know they will not win the election – Bainimarama

If a party tells you that they will bring back the GCC, they know they will not win the election – Bainimarama 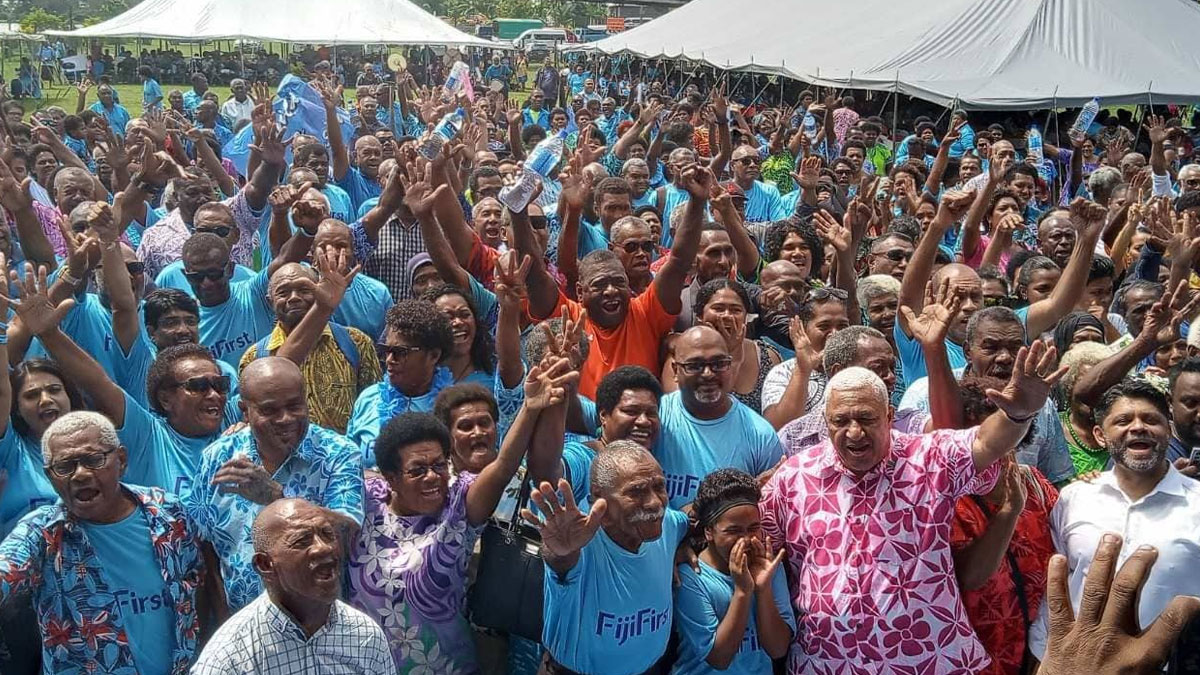 FijiFirst Leader Voreqe Bainimarama says with election day drawing near, the lies from the opposition continue to grow.

While speaking at the FijiFirst Rally at Syria Park in Nausori today, Bainimarama says they know people will choose them to run the government for the next four years.

He urges the people that whenever a party talks about a particular policy, ask them to dissect that information so a person can know and understand if that person knows what they are talking about.

Bainimarama says if a party tells you that they will bring back the Great Council of Chiefs, they will clear Fiji’s debt or talk about land issues, they are trapping you so they can get your vote and they know they cannot win the election.

He says they have been campaigning in the Suva and Nausori corridor enlightening people about the truth which is very important during this time.

Bainimarama says a lot of parties have been raising the issue of Fiji’s debt but have not explained why the government needed to take loans and the reasons behind it.

He believes that his government has set out plans in the last eight years about loans for Fiji.

The Fiji First Leader also confirms that two of their vehicles that has their banner were stoned in Tavua and Nausori however Police have arrested the people involved.

Bainimarama also says that other parties continue to spread lies and he referred to an Indian (Turaga Ni India) captain at the RFMF who always said in the iTaukei language “Kakua ni rerebaka na rere” which translates to “Do not be scared of fear”.