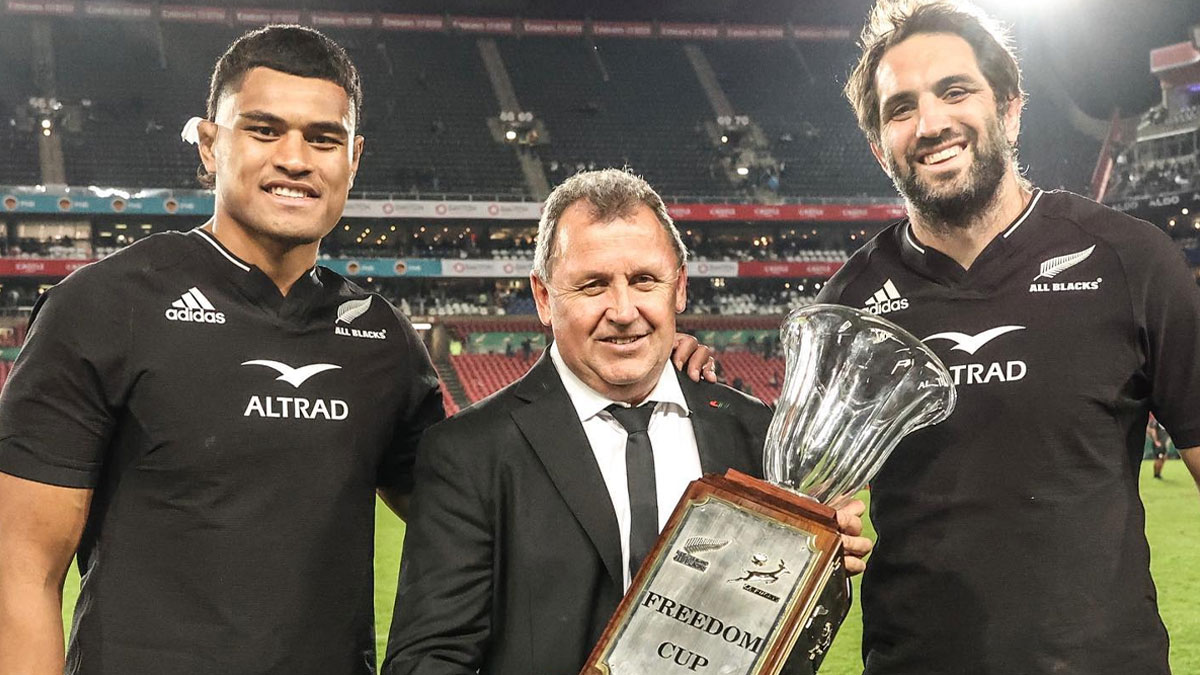 Ian Foster says he has no idea if he will still be in charge of the All Blacks when they play Argentina in the Rugby Championship match in Christchurch in a fortnight.

Having watched the All Blacks stun the world champion Springboks 35-23 this morning, Foster told Sky Sport he was unaware whether he would continue as coach of the team.

During the build-up to the epic victory in front of 62,000 fans at Ellis Park, he had been under great pressure to retain his job after the side had lost five of their last six tests.

Defeats to Ireland and France in November, followed by the 2-1 series loss to Ireland in New Zealand had culminated in Foster having a meeting with his NZ Rugby bosses about the team's performances prior to the departure to South Africa.

The question, now, is whether Foster has done enough to convince NZ Rugby he should be retained in the role as he filled since replacing Sir Steve Hansen after the 2019 World Cup.

Meanwhile, in another Rugby Championship match today, Argentina recorded their largest win ever over the Wallabies as they cruised to a 48-17 victory.