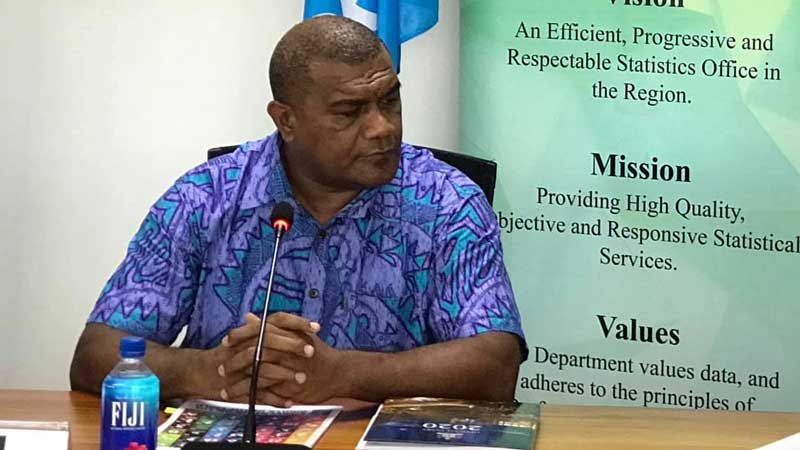 Sacked Fiji Bureau of Statistics CEO, Kemueli Naiqama has today stressed that he has discharged his responsibility as a trained statistician to the best of his ability without fear or favour and as a neutral civil servant.

Following the Minister for Economy, Aiyaz Sayed-Khaiyum’s comments regarding the 2019/2020 Household Income and Expenditure Report on September 14th and Naiqama’s termination a day after, the sacked CEO says he wishes to set the record straight and to clarify the issues relating to the publication of the report so that Fiji can understand why the report was released for public consumption.

Naiqama says the report is an honest, clear and realistic snapshot of the poverty situation in Fiji according to internationally accepted standards and categories, and nothing else.

He says the Household Income and Expenditure Report is a poverty report which provides the characteristics and the contributing factors or variables of poverty.

Naiqama says the report is not about race but about providing transparent and independent disaggregated official statistics for all users.

He also says the report and results are designed to provide users of statistics or policy makers with the high quality information they need to help design efficient and effective anti-poverty policies.

Naiqama says this is a statistical report on poverty and one needs to wear a ‘statistical lens’ to understand how to tackle poverty related issues.

He says we cannot pick up on one or two variables (like race and religion) separately from other issues, and think that one is addressing or dealing with poverty.

Naiqama says poverty is multi-dimensional and should be tackled accordingly.

He also says to quantify and validate the effectiveness of any survey result, is the role of any Statistical Agency including the Fiji Bureau of Statistics to engage itself with any credible organization that has the expertise to verify its results and analysis. Naiqama confirms for this survey, they opted for the World Bank and Bristol University of the United Kingdom for these reasons. He also says in any survey by the Statistics Office, there are always two phases.

Naiqama says first is the vigorous preparation phase and second is the implementation which is the data collection, analysis and reporting phase. He says this also include proper training of the enumerators going on the ground.

He says it is important to note the sampling methodology used in the 2019-2020 Household Income and Expenditure Survey is well recognized internationally and also applied by the Pacific Islands National Statistics Offices (as endorsed by the Pacific Statistics Methods Board of which Naiqama is a member) for comparable purposes.

Naiqama says all sample surveys will use the Enumeration Areas from the latest Census data where all population were counted and, in this case, the 2017 Population and Housing Census.

He says in the first stage, the sampling of the selected Enumeration Areas are sorted by geographical position. In the second stage, a systematic sampling method was used in which all households in the selected enumeration areas were interviewed to provide information on the number of people residing in each household, name and relationship to the head of the household, the sub population group, address of household, sex, age and residency status.

Naiqama says the survey had to be undertaken for one whole year so that they are able to observe and measure the consumption pattern of households in Fiji. He says these include the preferences and choices people make with regards to their consumption, whether for food or non-food items.

The former CEO further says for non-food items, the activities that the household intend to commit are explored to understand the reasons why it is placed above or below the Basic Needs Poverty Line.

We have sent questions to the Minister for Economy. He is yet to respond.

The bureau was still able to conduct the survey, process, analyze and publish the 2019-2020 Household Income and Expenditure Survey despite 40% reduction in its budget allocation - NaiqamaBy Vijay NarayanFriday 24/09/2021 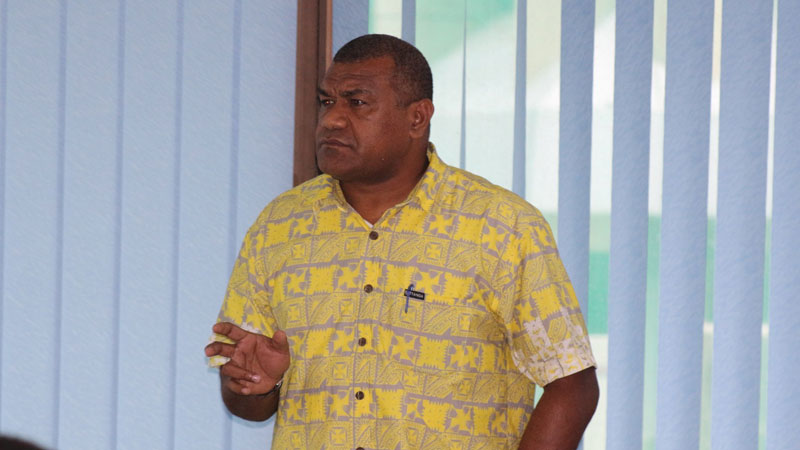 Sacked CEO of the Fiji Bureau of Statistics, Kemueli Naiqama.

Sacked CEO of the Fiji Bureau of Statistics, Kemueli Naiqama says it is important to note for the people of Fiji that the bureau was still able to conduct the survey, process, analyze and publish the 2019-2020 Household Income and Expenditure Survey despite the 40 percent reduction in its 2019-2020 budgetary allocation.

While responding to the Minister for Economy’s statement on the survey, Naiqama says due to the budget reduction, most Established Staff who are Supervisors had to forego their overtime meal entitlements and subsistence allowances despite them having to attend evening and weekend interviews with their enumerators depending on the time preferences of the survey participants.

He has also commended the staff for their full commitment to their duty despite the lack of resources.

We have sent questions to the Minister for Economy on the comments made by Naiqama on the 40 percent budget reduction in 2019/ 2020 of the Fiji Bureau of Statistics. He is yet to respond.