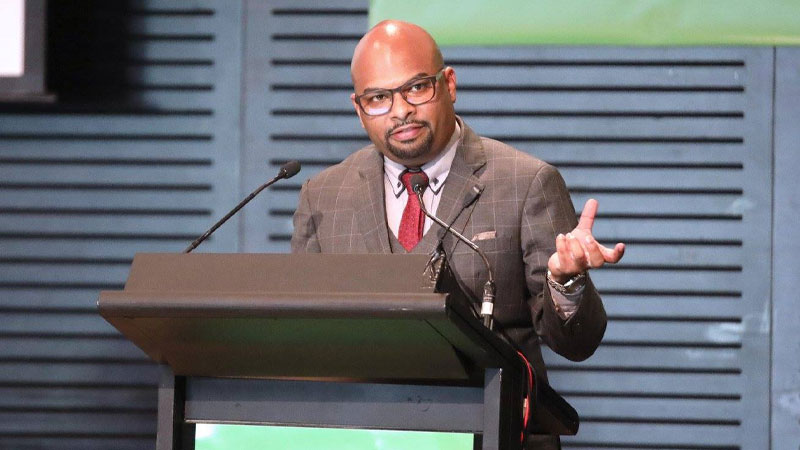 The Director of Human Rights and Anti-Discrimination Commission, Ashwin Raj says they have consciously refrained from making comments on the ongoing governance issues at the University of the South Pacific as the Commission is independently investigating complaints received from aggrieved employees of the institution.

Raj says some employees have raised concerns about staff being allegedly coerced into signing petitions in favour of the Vice-Chancellor by heads of various sections of the university or face non-renewal of contracts; alleged unfair discrimination as well as victimization for speaking out because staff are considered either for or against the Vice-Chancellor; alleged nepotism and unmeritorious appointments; alleged lack of transparency and consistency in the application of policies and procedures in relation to appraisals and inducements and alleged lack of confidence over the independence of grievance reporting procedures and mechanisms because heads of unions are openly biased.

Raj says all of these claims, whether made by Professor Pal Ahluwalia and his wife or the staff of USP against Professor Ahluwalia need to be independently investigated by the Commission.

He also says the Commission wrote to the Department of Immigration and the Fiji Police Force on 4th February 2021, the day Professor Pal Ahluwalia and his wife, Sandra Price were deported, to ascertain facts on the circumstances in which they were detained and subsequently deported and in particular, the allegations of manhandling as reported by ABC news dated 4th February 2021 as well as allegations made on the social media.

The Commission has also contacted Professor Pal Ahluwalia with regards to the allegations of the detainment, deportation and manhandling. Raj says the Commission has not been “uncannily quiet”.

He says the Commission is conducting its investigations in accordance with the Human Rights and Anti-Discrimination Commission Act.